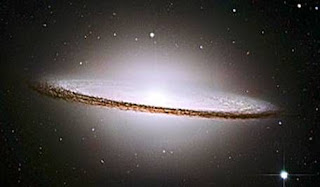 Grandparenthood arrives not a moment too soon for most of us. As was the case with Santa Claus and the Easter Bunny, the starry-eyes that reflected awe in our presence began to dim some time ago. Our little children who once believed we knew all things and were capable of super-human things, slowly and subtly let us know that the ruse was over, our cover blown, revealing that we are merely mortal, and ever-weakening specimens at best. And then grandchildren come along, and the vestments of hero-dom reappear, glorious and bright once more.

A board game where the rules lean slightly to bless a child, a ride on a snowplowing yard tractor and a snuggle accompanied by a show on Noggin bring that glint of adoration to their eyes. But tonight, for the mere price of 100 Chucky Cheese tokens and a pizza, Tom and I exceeded humanity and re-entered the world of Superheroes once more. As our five-year-old grandson ran around, playing games and gathering tickets, utter ecstasy was present on his face. From time to time his joy would bubble over into expressions of his superb gratitude and love, and those old feelings of reflected omnipotence returned.

His aunt and uncle were there also, with little Brady in tow. We all took turns playing with Tommy, and likewise sharing the pleasure of tiny infant Brady sleeping alternately on our chests. The feelings were familiar. For a few fleeting minutes, for two little grandsons, we had the exquisite privilege of being the embodiment of love and happiness once more.

We cannot leap tall buildings or stop a bullet mid-flight, but we were able to hold the world at bay for a few hours and create exquisite happiness from a pizza and a string of paper tickets, and that is quite lovely for two semi-retired superheroes.
Posted by Laurie LC Lewis at 10:22 PM