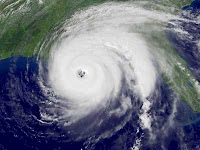 It’s been quite day, (actually, quite a week), so I’ll keep this brief. A magnitude 5.9 earthquake rocked the east coast around 2 p.m. today. I was sitting at my computer and chatting with a friend in a neighboring town when it hit. She asked me if I felt that and I told her the house was shaking. She said, “We’re having an earthquake!” I wondered if we were feeling the shock of an explosion. We are nearing the tenth anniversary of 9/11.

I was babysitting two little children for some friends. I jumped up to grab the children who were napping, and tried to figure out where to go and what to do. Would the ground split? Would the walls start cracking? Where is the safest place to stand in an earthquake? Was it in the bathtub, or was that the place of refuge in a tornado? I thought about going outside to be away from anything that could collapse or fall. I finally huddled with the children in a bathroom doorway close to the front door. Here in Maryland, we prepare for hurricanes and blizzards, but not for earthquakes, until now. You can believe I will from this day on.

The rolling ended in about thirty seconds, but that’s enough time for a flood of things to cross your mind—like how fragile a home and “stuff” really are. One moment you could have a lovely world, and the next you could be a refugee.

I quickly turned the TV on to the news to find out what had really happened. This quake was a relatively unique occurrence for the east coast. Washington offices were quickly evacuated and there was some concern for the Washington Monument. I can’t even imagine what it would have been like to have been inside that when this happened. The shock traveled from the source in Mineral Wells, Virginia all the way north to Toronto, and west to Ohio. Friends at the ocean were unaffected, which was a relief since our little grandson was there with his other grandma.

I thought about the Japanese survivors of their devastating triple disasters. We almost hear nothing about them now, as if life was magically back to normal again. We are so quick to forget.

Some items fell to the floor and broke. I’m keeping them as a reminder. The poor three-year-old kept asking why the house had been shaking. She cried when it was time to go to bed. This may take a while for her to forget, but I hope it makes me remember, and prepare.

Now we’re on target for some effects from Hurricane Irene this week. Busy week. I’m so glad I have the manuscript for “In God Is Our Trust” finished so there was no additional stress over that. We go to edits in September and should see a cover soon. Books hit the stores in late September, early October. it's exciting to be nearly finished with this project, but for now we're battoning down the hatches in preparation for Irene.