WAKING UP IN AMERICA 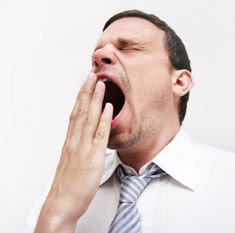 "Awake; awake from a deep sleep, and shake off the awful chains by which ye are bound. . ."

That scripture comes from a scripture in the Book of Mormon, II Nephi 1:13. Most LDS people will recognize it as a call to a spiritually complacent people to change and turn back to God, but regardless of your religious persuasion, the sentiments seem poignant for our day.

If you know much about American history and the tumultuous birth of this nation, it's hard to deny the hand of the Lord was in it--that we survived the Revolution at all, and that a passel of minds, such as those of our Founding Fathers, came to be on America's stage at the same time with such unprecedented vision.

Modern scripture verifies the divine spark that inspired these men, and our forefathers freely acknowledged God's hand in America's formation. Said George Washington, "The man must be bad indeed, who can look upon the events of the American Revolution without feeling the warmest gratitude towards the great Author of the Universe whose divine interposition was so frequently manifested in our behalf." Said Patrick Henry, "The American Revolution was the grand operation, which seemed to be assigned by the Deity to the men of this age in our country." 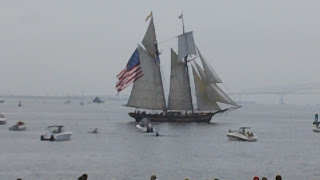 These words from the Book of Mormon chill me now. Speaking of America, it calls this land "a land of promise," and "that there shall none come into this land save they shall be brought by the hand of the Lord." And then the responsibility of this great blessing is spelled out. "Wherefore, this land is consecrated unto him whom [the Lord]shall bring. And if it so be that they shall serve him according to the commandments which he hath given, it shall be a land of liberty unto them; wherefore, they shall never be brought down into captivity; if so, it shall be because of iniquity."

This land was set apart to be a special land of freedom and hope, and we who are blessed to live here are supposed to be stewards over these freedoms. But most of us fell asleep at our posts, and we're in serious trouble. . . After years of lazy, selfish slumber, current events aroused our curiosity, and we awoke like angry bears to find that much had happened while we were in political hibernation. And now we don't know how to turn things around, or who to trust anymore. 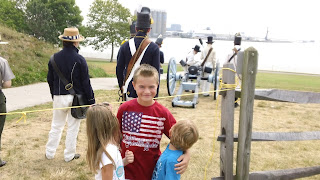 I'm trying to kindle patriotism in my family like never before. I want my grandchildren to love America in the old-fashioned flag-waving way. Let's take our families to the places where freedom was won. Let's take time at the dinner table to talk about the men and women who sacrificed so much to give us the liberty to think, and worship, and speak freely. Let's pray for the president to hear and see the vision the Founders envisioned for America.

I pray for our military and I'm grateful for them every day, but while their monumental sacrifice holds our foreign enemies at bay, we have plenty of troubles here at home as well, and I think we need much bigger help to win these battles we're facing now. It's time to stop, drop and pray for this country like we've never prayed before.

But I feel hope abounding again. I drove home from a meeting near ten o'clock last night and entered Mt. Airy to the boom of the town's firework's displays to kick-off the Fourth of July celebration. Cars filled every shoulder of Route 27, while blankets and chairs covered every spot of rain-soaked grass for blocks around the carnival grounds. Families gathered in awe for the grand show--children on laps, and men with arms around wives. Joy, hope, love, reverence--these were the expressions on faces as they watched the sky light with brilliant fire. And I have to hope that whispers of names like Washington and Jefferson were spoken, along with words of gratitude for the sacrifices of that generation and heroes from every generation since. I believe there were soft prayers of thanks to God for this land, and earnest prayers of protection for those who defend and protect her today, those on foreign soil, and those awaiting the call to leave homes and family. I believe there were thoughts of the great founding documents--the bold Declaration of Independence, and the visionary Constitution. And I pray there were prayers for those elected to lead her. Oh, we need those.

So my prayer for America is that we pause to be grateful for all these things, acknowledging God whose hand hid this land and protected it until He could raise up a nation that would be an Ensign to the world of hope and liberty, a cradle where the divine spark that fuels the human spirit could flourish.

Isn't she wonderful? May God bless her and each of us.

Happy Fourth of July!
Posted by Laurie LC Lewis at 8:42 AM