A RARE OPPORTUNITY IN D.C.

SPECIAL EVENT for the D.C. AREA.
An inter-faith, non-fundraising presentation by Emma Nicholson, Baroness Nicholson of Winterbourne, Member of the House of Lords in the British Parliament, will be held Sunday, February 9th 2014, at the Washington D.C. Visitor's Center near the Kensington, Maryland Temple of The Church of Jesus Christ of Latter-day Saints.

The fireside is called "Rebuilding Families in the Middle East."

Baroness Nicholson has dedicated many years to providing relief to infants and families in war-torn areas. She has partnered with many religious organizations, including The Church of Jesus Christ of Latter-day to promote programs aimed at reducing infant mortality and strengthening families in these devastated areas.

The fireside is open to the public. No ticket is required, although RSVP's to the address listed below in the flyer are encouraged so enough seating can be arranged.

(I plan to attend. It seems world leaders feel stymied over what to do in the Middle East. Politics and military actions have not been able to solve the problems that give rise to terror and hatred. Perhaps strengthening families and building a new generation raised in a climate of cooperation can make a dent.) 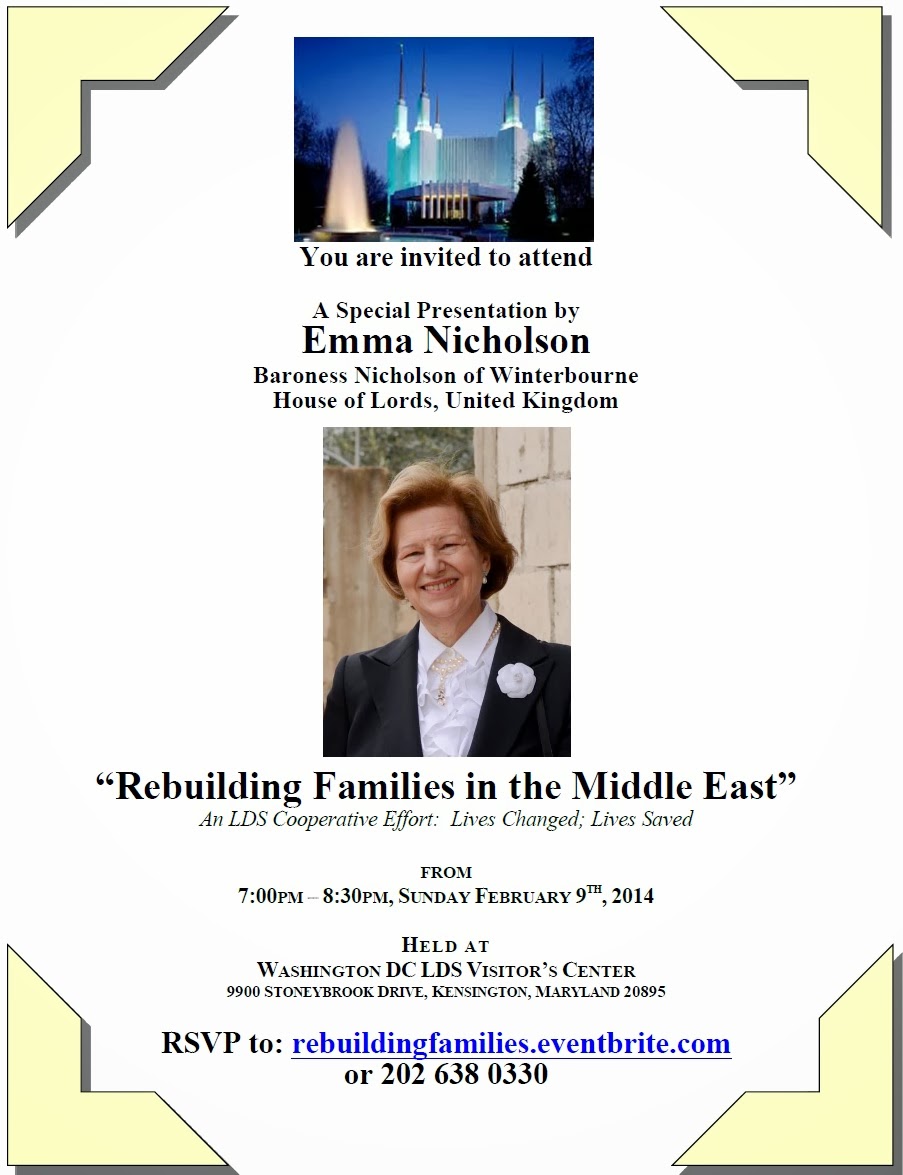