Book Nook Spotlight and Giveaway: "A DEATH IN THE FAMILY" by Marlene Sullivan

Author Marlene Bateman follows the success of  Motive For Murder, book one in her Erica Coleman Murder Mystery Series, by serving up another quirky murder investigation featuring her charming OCD chef/sleuth in book two, A Death in the Family.

The author is generously offering a free copy of A Death in the Family, to one of my readers, so after reading the post, please leave a comment to enter.

(We'll select our winner at midnight on March 11th. Multiple entries are acceptable. The winner must live in the U.S.)

I'll be doing a full review in April, but A Death in the Family is debuting right now, and I hopped on the blog tour to introduce my readers to this LDS mystery series.

Marlene is an experienced author with seven LDS non-fiction books, and two previous novels, to her credit. The list of titles can be found below in her bio, or on her website. (I especially enjoyed Gaze Into Heaven.) It is my great pleasure to introduce you to Marlene Bateman's heroine, Erica Coleman, in A Death in the Family, which is available now in Seagull, and Deseret Books stores, and online at these sites:

And now, a Synopsis of A Death in the Family


Meet Erica Coleman—a gifted and quirky private investigator with an OCD-like passion for neatness and symmetry, a penchant for cooking, (ten terrific recipes are included), and a weakness for chocolate.


In A Death in the Family, the second in the Erica Coleman series, private eye Erica Coleman and her family happily anticipate Grandma Blanche’s eighty-first birthday celebration in the picturesque town of Florence, Oregon. But when the feisty matriarch, a savvy businesswoman, suspects wrongdoing and asks Erica to investigate her company, things get sticky.


Before the investigation can even begin, Blanche’s unexpected death leaves Erica with more questions than answers—and it is soon clear Grandma’s passing was anything but natural: she was murdered. When another relative becomes the next victim of someone with a taste for homicide, Erica uses her flair for cooking to butter up local law enforcement and gather clues.


Erica’s OCD either helps or hinders her—depending on who you talk to—but it’s those same obsessive and compulsive traits than enable Erica to see clues that others miss. When she narrowly escapes becoming the third victim, Erica is more determined than ever to solve the case.

Excerpt from A Death in the Family


“It’s hard to believe she’s gone,” Kristen said dolefully. “When I moved here, I thought I’d have years with Grandma. She was always so active—I thought she’d keep going for years.”


“And all the time, her heart was getting weaker,” Trent said glumly.


Walter commented, “The last time I saw her, Blanche said the doctor told her she had the constitution of a mule.”


There were a few smiles at this, but Martha’s brow furrowed in confusion. “But Mom’s death didn’t have anything to do with how healthy she was.”


“What are you talking about?” Trent’s impatient voice billowed out and filled the small room.


Martha squirmed but fluttered on, “Well, after what Mom said when she came to visit me, you know—about how something wrong was going on in the company—I worried that something might happen.”


Her response reverberated around the room. Everyone went very still—as if they were holding their breath.


Martha’s eyes went from one to another. “I didn’t mean—oh, I shouldn’t have said anything,” she stammered. Her voice was pure distress. “It’s just that . . . well, we’re all family here, so it’s okay, isn’t it? I mean, no one else knows.”


“No one else knows what?” Trent said brusquely.


Visibly flustered, Martha’s hands twisted in her lap. “And . . . and Mother was very old and—and the police haven’t even come, have they?”


Erica wondered what Martha could be getting at. Everyone darted quizzical looks at each other, trying to make sense out of Martha’s confused chirruping.


After meeting blank looks all around, Martha blurted, “I mean, that’s good . . . isn’t it? For the family?”


There was a rumble as Walter cleared his throat. “Why would the police come?”


“Why, to arrest someone.” Martha sounded surprised—as if he had asked something that was completely and absolutely self-evident. She stared at Walter, as if he and he alone could straighten everything out. “Isn’t that why they’re doing an autopsy? I mean, don’t they always do an autopsy when someone has been murdered?”


Marlene Bateman Sullivan was born in Salt Lake City, Utah and graduated from the University of Utah with a BA in English. She is married to Kelly R. Sullivan and they are the parents of seven children. 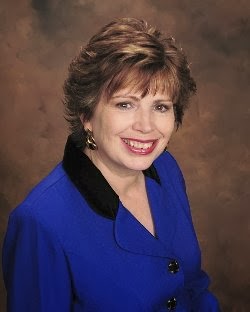 Her hobbies are gardening, camping, and reading.  Marlene has been published extensively in magazines and newspapers and has written a number of non-fiction books, including:  Latter-day Saint Heroes and Heroines, And There Were Angels Among Them, Visit’s From Beyond the Veil, By the Ministering of Angels, Brigham’s Boys, and Heroes of Faith.  Her latest book is Gaze Into Heaven, a fascinating collection of over 50 documented near-death experiences in early church history.
Marlene’s first novel was the best-selling Light on Fire Island. Her next novel was Motive for Murder, which is the first in a mystery series that features the quirky private eye with OCD, Erica Coleman.


How did you learn to write?


Learning how to write is an ongoing process.  I started in elementary school, did more writing in junior high, and so on. I’ve spent countless hours on manuscripts that were never published, but I don’t count that as a loss, since it helped me improve my writing.  I have a bookshelf full of books on writing and every weekday morning, I try to read 2-4 pages.  I underline important parts, then type them up, which hopefully, sets the ideas in my brain. When I’m done with the book, I print out up my notes and save them in a master binder so I can look them over now and then.


Another thing that helps me is that I try to pay attention when I read. If I don’t like something, I try to figure out why and then not do that in my own writing! And when I read something I like, I try to think about why it worked so I can use that same technique in my own writing.  I also attend a yearly writer’s conference and the wonderful workshops help me learn more about the craft of writing.  Anyone can write—as long as they are willing to practice and study.

What is the "funnest thing" about being an author? The most frustrating thing?


The greatest thing is simply being able to sit down and take time to write.  When my children were small, I felt very guilty about taking time to write, as though it was some nefarious indulgence. Now that I’ve published nine books, I no longer feel guilty taking time to do what I enjoy. Sometimes writing is difficult, occasionally it’s a chore, but I love it. I’ve always felt driven to write. I have such a deep inner desire to put words down that I sometimes wonder if I’m an addict!  It gives me a great sense of accomplishment and pleasure to write, polish and revise and get the words just right.


The most frustrating thing for me is usually the first draft.  I’m not sure why, but it’s very difficult for me to get the rough draft down.  I enjoy coming up with an idea and plotting out the story line, but the first draft is torture.  It seems that whatever I write is garbage. I take heart only in knowing that you have to get something down before you can revise, and that revising is the essence of good writing. So, I grind my way through it, and then enjoy the revising process, going through the manuscript 6-10 times until I’m satisfied. I liken revising to taking a nondescript stone and polishing it until it sparkles.
Posted by Laurie LC Lewis at 6:21 PM