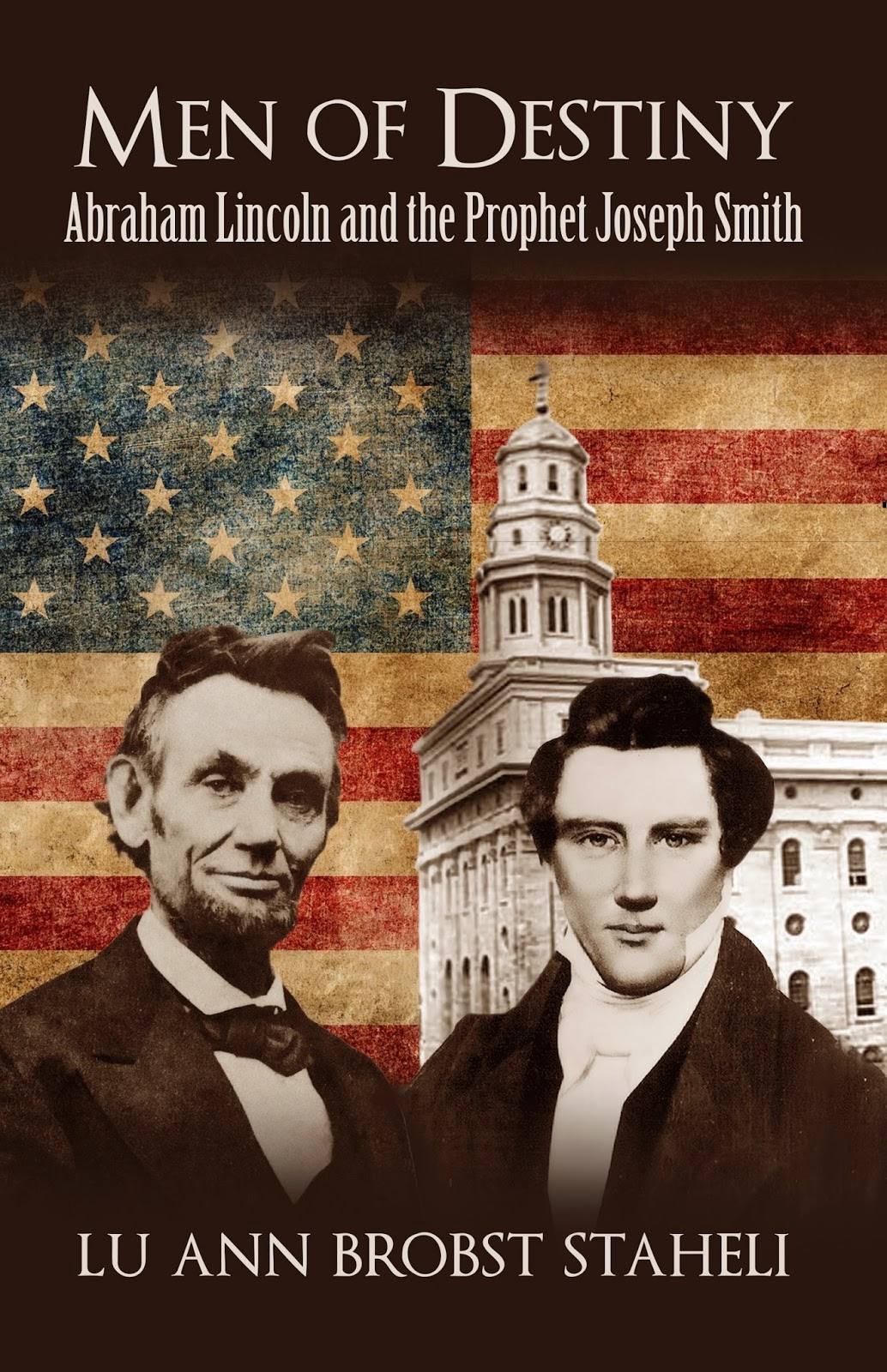 The premise behind LuAnn Bropst Staheli’s comparative of Abraham Lincoln and Joseph Smith intrigued me, and "Men of Destiny" proved to be a rewarding read.

Staheli is an accomplished, heralded author known for the depth of her research and her gift for writing biographical stories that breathe life into her subjects. In Men of Destiny, she highlights the undeniable parallels between men most people would consider two very different nineteenth-century visionaries, laying out her case through a series of fascinating biographical sketches that will open readers’ eyes to these historical peers’ similarities.


While Lincoln’s road was political, and Smith’s was spiritual, both envisioned a better world, and each knew that the path to that world would not be easy or peaceful. Indeed, they were martyred for their respective causes. Each of Staheli’s eleven thematic comparisons of Lincoln and Smith showcase general commonalities between the men and their families, which she then expands on using incidents and experiences from each man’s personal history.
Even those who already feel they know Abraham Lincoln and Joseph Smith well will find that this focused study of themes present in their individual lives, and the tender comparisons drawn between these two men, further our understanding of them and the era in which they lived.  Our appreciation for the obstacles they overcame, and our recognition of a divine guiding hand in their lives is heightened, challenging any notion that chance alone brought two such men, who defied the notions of their day, eventually changing the lives and destinies of millions, upon the world stage “at such a time as this.”
From Staheli’s website:   http://menofdestinylincolnsmith.blogspot.com/
The Prophet Joseph Smith and President Abraham Lincoln came from humble beginnings. Both knew a life of frontier hardship and physical toil. Both were seekers of truth. Both were leaders who saved lives, either by keeping people from physical slavery, or by freeing their eternal souls. And both men died as martyrs to their cause, leaving behind wives and children to cope with the devastating loss.
Contemporaries by birth, Joseph Smith and Abraham Lincoln were men born of destiny to a nation ready for growth and change during a time of spiritual and political reawakening. The similarities in their lives are uncanny.
Born into poor farming families whose ancestors had arrived in America during the 1600s, both boys knew the difficult life of living on the frontier with land to clear, homesteads to build, and crops to cultivate and harvest. Both Joseph and Abraham experienced the loss of an older sibling, affecting them deeply.
Both Joseph and Abraham married women against the preferences of their new wife’s family, both had children who died, and both ran for the office of president of the United States. Neither man was well educated as a youth, yet each grew up to be a great leader who would change the lives of millions—one as the head of a church, and the other a nation. And in the end, both men died as the result of assassin’s bullets, a martyr for their cause.
“It is no coincidence that the world of Abraham Lincoln was also the world of Joseph Smith,” said Bryon C. Andreasen, a Lincoln expert. “The same historical conditions that had prevented past generations of common folks like Abraham Lincoln from becoming the leaders of their people . . . had also made it difficult, if not impossible, to restore the full gospel to the earth” (Church News, May 26, 2009). Those were the very leadership positions that Joseph and Abraham were born to fill.
Men of Destiny’s well-researched information on Joseph Smith and Abraham Lincoln is laid out clearly and concisely in an easy-to-read format that will fascinate adults without overwhelming youth. Men of Destiny would be a wonderful book for family study, not only of these two contemporaries, but it also offers great potential for launching discussions on themes Staheli has defined, such as “Humble Beginnings,” “Finding Religion,” “Leadership Through Moral Principles,” and others. What better teaching tool could there be than anecdotes and examples from the lives of great men like Abraham Lincoln and Joseph Smith, which Staheli provides in abundance.
Families would do well to add this book to their family library. I believe it will be a book they will return to time and again.
Men of Destiny is published by Walnut Springs, and is available in paperback or ebook format on Amazon at http://www.amazon.com/Men-Destiny-Abraham-Lincoln-Prophet/dp/1599929082/ref=tmm_pap_title_0?ie=UTF8&qid=1401631188&sr=1-1.