Book Two in the Destinations Billionaires Romance Series: "Shadows in the Curtains," by Cami Checketts

Last month, the multi-author collaborative romance project, "DESTINATION BILLIONAIRES ROMANCE SERIES," (DBR), launched with Lucy McConnell's The Reclusive Billionaire, to great reviews and success on Amazon. If you haven't read it, pick a copy up. Honestly, the reviews are sweet! 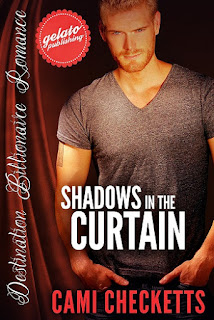 My contribution to the series won't launch until March of 2017, but I'm so very pleased to announce that the second book in the series is now available!

Shadows in the Curtains
by
Cami Checketts

Every stage actress wants fans, but what happens when one goes too far?

Emmy has the perfect life— a house on the beach, a successful career headlining the local theater, more money than she cares to spend, and love. But when a brutal murder brings unimaginable grief, Emmy’s world comes crashing down. As she tries to pick up the pieces, she can’t seem to avoid Josh, the new fireman in town. 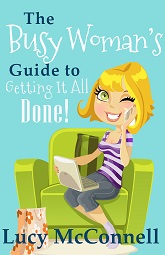 Emmy does her best to fight the sizzle in her chest when Josh is near. But with the stalker still out there, terrorizing her and those she cares about, she can’t fall for anyone—especially Josh, a suspect in the murder investigation.

If Emmy allows a man to get close, it’s not just her heart she puts at risk, it’s her life.

Get the book here, and spice up the read with some fun promotions. Cami Checketts is giving away 25 PRINT copies  of her previous book, Dead Running, in a Rafflecopter giveaway.  Those are great odds for winning another great Cami Checketts' novel.

Additionally, if you sign up for the DBR series' official newsletter, you will also receive a free copy of Lucy McConnell's The Busy Woman's Guide to Getting it All Done!
Posted by Laurie LC Lewis at 4:47 PM