Each of these first three novels has launched with great success on Amazon. I'm at work on mine for a March 2017 release, but in the meantime, I'm pleased to introduce you to. . . 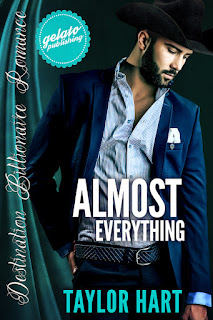 Billionaire Montana Crew, country music superstar, thought he’d put the cheating best friend and ex-fiancé in the past. When the ex appears backstage bearing the news of his friend’s death and thrusting an envelope in his hands, he’s shocked and a little annoyed. Lily Ray Gold, L.R. Gold to her associates at the law firm, doesn’t want to deliver the envelope with her best friend’s last wishes. Nothing could have convinced her to look the ‘King of Country’ in the eye again…except Jason. She’d do it and she wouldn’t lie, telling Montana she was finally done with him would feel awesome! When Montana shows up at Lily’s law firm and extorts her into helping him figure out what Jason wants him to do, neither of them would have expected getting caught up doing their high school bucket list by surfing in Hawaii, riding in a hot air balloon, and climbing Devil’s Tower. They both agree to finish the list for their friend, but when Montana proposes, Lily has to make a choice—tell the truth or never have almost everything she’s ever truly wanted.