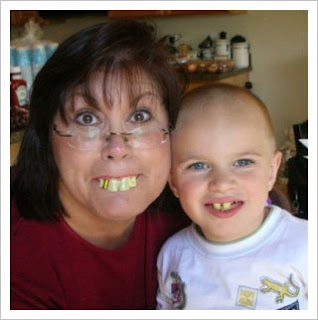 I suppose I was a dreamer as a child, always imagining places more fascinating and mysterious than the small town in Carroll County, Maryland where I grew up, still too young to realize that what makes any place or time exquisite has little to do with geography and far more to do with the people and the moments you share with them. I also either had an old soul or I was weird because on a sixth grade writing assignment, while other girls were writing poems about the Jackson Five and Donnie Osmond, I penciled a deep, introspective ode entitled “Time”, my first published work, (which still hangs on my mother’s hallway, appropriately matted in black). A few years later I won a high school creative writing contest and I began to see myself as a writer. (Parents, never discount the importance of these little benchmark moments.)

I also loved acting and singing and playing colorful characters with accents. (That came in handy when I met my husband over a CB radio while faking an English accent. . . But I digress. . .) Tom and I married in 1976 and began our family—three boys and “Amanda” as my husband puts it, though Tom, Adam and Josh might prefer equal billing. Like many stay-at-home-mothers, finding uncommitted blocks of time was challenging, but for a few weeks each year, for ten memorable years, I diverted some energy to return to my “rock star” fantasy singing with friends in an annual musical revue to benefit scouting. Eventually I realized that whether through music or writing, what I loved about entertaining was the joy of connecting with people . . . of telling a story. I returned to writing, beginning a series of short stories when necessity plucked me from my comfy nest, inserting me back into the working world as a Science Lab-Assistant. New challenges brought new growth and I quickly discovered how much I loved researching a topic and following the trail of a question.

As our children left home for college and missions we experienced some of Elder Maxwell’s “divine tutorials”. These experiences became the basis of my first manuscript, a story of family love and forgiveness, which I submitted to Covenant in 2003 and which they returned plastered in editorial red ink. Depressed, dejected and feeling unworthy to even own a computer, I buried it away for weeks before considering that Covenant’s willingness to have me make corrections was a great opportunity. I was visiting my daughter Amanda at Utah State when the acceptance call came on the revised manuscript. I remember screaming. I still get goose bumps when I recall how exciting that moment was. The next great day came in the spring of 2004 on my grandson Tommy’s six month birthday. Krista, his mommy, had brought him down from New York for a visit when the box filled with advance copies of UNSPOKEN arrived. This grandma felt like a new mother again.

I had already begun pursuing another dream that had tugged at me since my first visit to Williamsburg, Virginia. I wanted to attempt a different genre and write a historical novel about two people denied the right to be together because of class distinctions. I originally attempted to set the book in the late 1840’s to avoid early church history, a topic Elder Lund had covered so eloquently and which I felt inadequate to embellish, but after much soul searching, a nudge from my editor, Angela, to expand the book, and a year teaching D&C as an Early Morning Seminary teacher, I reconsidered. I backed the book up a generation and picked up the extraordinary history in my own backyard—the War of 1812 and the Star Spangled Banner story—to illustrate the tumultuous America that would become the cradle of the Restoration and the world in which Joseph Smith was raised. After three years of research and rewrites, the result is the historical fiction series called Free Men and Dreamers. Volume one, released in February of 2007 under my initials, LC Lewis, is entitled DARK SKY AT DAWN.

The nest is empty now, each of our four children are chasing their own dreams in diverse places, like four research assistants quadrupling my view of the world. Tom and I have an arm-long list of places to visit and history I want to explore to flesh out the rest of this series. Volume two is set for a May 2008 release and volumes three and four are already in the works, plus I am working on a sweet family novel for the national market.

We live in a rapidly changing world that creates more questions than answers it seems. To borrow a line from Dark Sky at Dawn, “. . . knowing what to keep and what to abandon will be the challenge of the next generation.” I’m exploring that. I hope you’ll join me on the journey.
Posted by Laurie LC Lewis at 9:03 PM