NO THANKS TO TOM HANKS 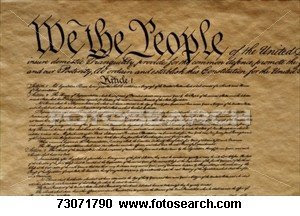 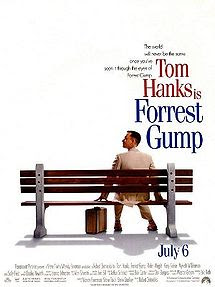 Hang on to your U.S. Constitution and your Bill of Rights, because Hollywood has not yet finished weighing in on who shall and shall not be allowed to vote their conscience and exercise the political process without condemnation. Sadly, this latest swipe comes from a man who is beloved by most Americans, both for his tender characterizations and his pro-American projects such as last year's beautiful, historic epic, "John Adams".

Last Wednesday, at the season premier of "Big Love", HBO's series about a polygamist family, executive producer Tom Hanks, (by the way, did you know HE was the guy behind this series?), with lights blazing and cameras flashing, provided a two-fisted sucker-punch to the Church of Jesus Christ of Latter-day Saints and its members.

Attempting to create a tie-in between his polygamist series and the Church, he said the following:

"The truth is this takes place in Utah, the truth is these people are some bizarre offshoot of the Mormon Church, and the truth is a lot of Mormons gave a lot of money to the church to make Prop. 8 happen," he told Tarts. "There are a lot of people who feel that is un-American, and I am one of them. I do not like to see any discrimination codified on any piece of paper, any of the 50 states in America, but here's what happens now. A little bit of light can be shed, and people can see who's responsible, and that can motivate the next go around of our self correcting Constitution, and hopefully we can move forward instead of backwards. So let's have faith in not only the American, but Californian, constitutional process."

Wow. . . So his fictional series is now a political/civil rights vehicle? Sure. . .

With characteristic steadfastness and grace, the Church of Jesus Christ of Latter-day Saints' spokesperson, Kim Farah, responded to a reporter by declaring, "Expressing an opinion in a free and democratic society is as American as it gets."

Even opponents of the Church cite the ludicrousness of Hanks' comments. Bill McKeever, a rep for the Mormonism Research Ministry, an organization specifically founded to examine and challenge the Church's doctrine, offered this rebuttal. "Personally, I find it un-American to tell people that they shouldn’t vote their conscience. Hanks said he doesn’t 'like to see any discrimination codified on any piece of paper.' Considering that just about every law discriminates in some form or another, makes this comment ridiculous. Hanks’ comment shows that he very much believes in discriminating against people with whom he disagrees. I may not agree with Mormon theology, but I certainly defend their right to express their opinion."

1. Is Hanks hoping to improve the show's ratings by tapping into the "Prop 8" debate and jumping on the currently popular "Mormon-bashing" bandwagon?

2. If his critical study of the life of "John Adams", and his great love for America and the U.S. Constitution is truly the motivation for Tom Hanks statement, then for such a lover of the Constitution, where then is the compassion and concern over OUR rights?

If this episode bothers us, we need to remember that Hollywood knows they have a bigger political platform from which to ballyhoo and bully than most elected officials. And remember also, that we cast a new and stronger vote for them with every movie ticket and rental.

So where do we find uplifting entertainment whose stars won't turn around and attack our values off camera? Turn to the old films, shot in the days when virtue and morality were considered the pillars of patriotism. Search hard and you'll find LDS film-makers' projects and uplifting works by Christian movie-makers whose films you can invest in without supporting causes with which you disagree.

We built Hollywood and gave her her power. We can vote our displeasure at the box office.
Posted by Laurie LC Lewis at 8:21 AM