HOW DOES ONE ASSESS THE VALUE OF A WAR? 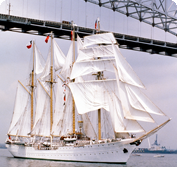 Today marks the 200th anniversary of America's second declaration of war with Britain--her second revolution, or the War of 1812.  Baltimore and other cities who played prominently into these events are in full historical replay, pulling off wonderful celebrations with reenactments, military displays, concerts, and a host of family-friendly ways to learn about this neglected chapter of history.

The papers and news reports are conflicted over how to represent this war, and rightfully so, since historians also debate its military value. But most agree that it marks the decisive shift in America's view of herself, and perhaps was the absolute moment the fragmented, fractured republic finally saw her possibilities, sadly in the same moment she faced her potential failure.
I did not want  modern historians' perspective to cloud my judgment as I wrote  my Free Men and Dreamers books. I sought out actual first-hand accounts from principles as the war played out along their coasts, as invaders' feet marched across their fields,  and torched their towns. I found many, but few sum America's situation up better than one government notation. Here it is, as it reads in the Acknowledgments Page of volume 3, "Dawn's Early Light:"

While researching the War of 1812, I discovered that Britons (including Canadians who were then part of the British Empire) and Americans each believed firmly that their nation’s cause had been noble, their positions defensive. And each could cite reasons why their nation proved victorious in a war that, ostensibly, produced no true victor.


While most experts agree that the war was a monumental draw, a waste of lives

and money with neither nation benefiting in any consequential way, most believe an immature America was too quick to leap into battle mode, reading malice into Britain’s simple desire to prevent American trade from strengthening France’s Napoleonic war chest. However, the following statement from the Senate Military Affairs Record of the Thirteenth Congress, which convened November 5, 1814, may provide the most accurate glimpse of America’s assessment of their situation.


It may be fairly presumed, that it is the object of the British Government, by
striking at the principle sources of our prosperity, to diminish the importance,
if not to destroy, the political existence of the United States.

As we approach the bicentennial of the War of 1812 and the planned celebrations
of “The Star-Spangled Banner” and the American flag’s emergence as our national icon,
I’m sure this position will be reexamined and re-debated. No matter the musings and
deliberations, only one thing really matters in the end—what the principals believed
in their own day: for this generation proved the mettle of the U.S. Constitution, tested
the office of the presidency, produced the greatest national icon in the world—the
American flag—and forged the identity of America and Americans from an immigrant
population. Moments later, America would become the cradle of a great religious reformation,
and within a generation the nation would be sorely tested again in the Civil War.

Theirs was an extraordinary generation. They were free men and dreamers.

Thank you for revisiting them with me.
Posted by Laurie LC Lewis at 1:54 PM