I've been traveling, which hinders writing time, while providing additional spurts of pleasure reading. This summer I've had an unusually large number of opportunities to review books by debuting authors, though it's hard to believe that the title I'm presenting today is a debut novel.


Jordan Petersen is a film student and budding screen writer who can now add literary novelist to his credentials. His BIBLIOFILIUS, is one of the most stunning pieces I've read, both in delivery and content. Written in a classical literary style, Petersen proves he is an able wordsmith, delivering a read that dishes up like mind-food--an utterly delicious, introspective novella that invites--no demands--thoughtful consideration by its readers.


The basic plot revolves around a "ghost" who traps the son of a wealthy entrepreneur in his respected father's voluminous library on the eve of the young man's wedding. Chez, as the groom is known to his friends, has brazenly eschewed his father's efforts to share his literary treasure, or to read anything really, and now he has become imprisoned in his father's library by an unknown presence who introduces himself simply as "Bon." His escape? It is cryptically tied to something he must learn while in his library prison.


Here's the back cover blurb from, Amazon:

Chez Clawson is not much of a reader. In fact, he takes some pride in having made it all the way into adulthood, all the way to engagement to a wonderful girl and reasonable prospects for the future, without having ever actually read one of those boring collections of paper from start to finish.

So of course he gets locked in a library for what might be an eternity. The way out? The man who claims to be a ghost, and who is presumably responsible for Chez's confinement, isn't saying anything helpful.

This is a story about books, time, grace, and just about everything else, to some degree or another. But most of all it's about what it means to actually mature into a substantial person, and at least one essential ingredient in the process.

There's enough creepy suspense to hold lovers of that genre captive along with Chez, But Bibliofilius quickly evolves into a very personal study of Chez's relationships to his father, fiancé, and ultimately into an examination of how he views himself, and the reader is not exempted from the same personal scrutiny. Ultimately, Bibliofilius is a commentary on the power of the written word to broaden and shape us, to make us more, better, and richer human beings, and in a time when vocabularies are shrinking into text-type, and when human exchange is frequently reduced to 140 characters or less, it is a stingingly needful awakening.


Petersen offers this insight into the motivation behind Bibliofilius: 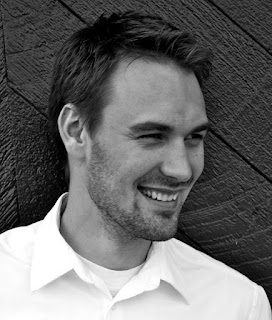 The novella is called "Bibliofilius" because it is about Chez, the son (filius) of a devout bibliophile. It is something of a ghost story, though not in the typical mould. Here, the ghost haunts his victim by trapping him in his father's library. Eventually, Chez determines that the only way to escape this bubble of "time outside of time" will be to read every single book in the library. The focus, then, is on this pursuit and what becomes of the character who carries through with it. I've written the story in the best prose I could muster, as an earnest but feeble nod to the brilliant authors of some of my favorite classics.

Allow me to share of few gems from this novella that demonstrate not only this young author's gift, but his wisdom as well:


"Books are memories. Others' memories, who have written them with the hope that they might be stored in many more minds than their own."


"In all the time he'd known her, had she hidden from him a deep passion for literature that he could uncover with that most fundamental of readers' questions: Have you read this?"


". . .so much of great literature, when it has entered into the heart of a reader, drives that reader to some action or conscious change."


". . .people wiser than he would have given anything to be in his position--a consignment of time to read, time outside of time to bury the mind in an endless torrent of words and knowledge. . . it was, quite literally, an incalculable gift. . .


Never didactic or trite, Petersen chooses a wide array of literature from which he allows Chez to pluck critical insights. The author's passion for his subject shines through, illustrating Chez's evolution as exquisitely painful, beautiful, hopeful, needful. Every reader who has every fully invested in a book will recall how a part of that story, or the imprint of a character, has remained with them after the last page was turned.

I loved this book. Petersen breaks your heart then ties up all the ragged pieces in a satisfying conclusion that will leave you hungry to ask, "What happens next?"

Currently, Bibliofilius is only available as an ebook on Amazon. At $2.99 it's a thought-provoking investment of a few hours that will haunt you long afterwards. I hope it makes its way to the printed page to serve as a visual reminder to cherish books and the written word.