THE BOOKs THAT IMPACTED ME MOST? One was a bio of George Washington 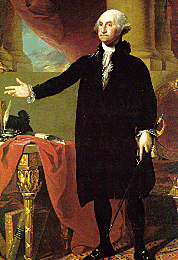 you've read, which has had the greatest impact on you?"

Without question, no book or books equal the the scriptures for the power they've had in my life to educate, uplift, forewarn, provide hope, illuminate the power and love of God as well as the best and worse of man. But what of the works of men?

The book that leapt to my mind, and then remained my first choice, was a biography of George Washington, written by Mary Higgins Clark, and titled "Mount Vernon Love Story." It was her first novel, I believe, and it came into my hands when I was reworking "Dawn's Early Light," the first volume in my Free Men and Dreamers series. I had just moved the story back a generation, to the War of 1812, and I was feeling overwhelmed and unsure about where to begin, and what I wanted to say from this new perspective of the first American generation. That's when I received this book.

It wasn't a complex, controversial dissection of this Founding Father. Neither was it a scholarly political treatise. It was what it was meant to be--a tender glimpse into George Washington, the man--a subdued son; an admiring younger brother; a young surveyor mapping the wilderness as he learned to track; a love-struck youth; a loyal soldier who beheld the horrors of war early on which helped him

become a wise leader, beloved by his men.

As the title would suggest, this book also portrayed the family elements of George Washington— the devoted husband, the farmer who longed to return his attentions to working the earth; the veteran who long suffered the deleterious effects of warring; the saddened father, unable to produce a child of his own; the doting step-father who dedicated himself to the needs of his stepchildren, his grandchildren and his friend’s children when political danger threatened Lafayette’s own son.

The child George Washington loved most was, perhaps, America. I appreciated this sweetly-written reminder of the conflicts that ensued within the physically-ailing Washington who longed for a quiet life, ultimately rising to accept unrelenting calls to serve as captain of an infant nation.

I loved this book for helping me learn to love this great man. . .

For providing a launch point for further study and a basis from which to measure other accounts of Washington’s life and service. . .

For reminding me that he and his contemporaries were, after all, just men, though their foresight about our nation’s future possibilities and dangers, ascribed to the help of the divine, was nearly prophetic. . .

For also reminding me that people must be judged within the context of their own times. To do otherwise—to measure their decisions against the wisdom, ethics and morays of our day is as unfair as measuring the contributions of the geniuses behind the Industrial Revolution solely by the effects of Global Warming. . .

For illustrating the modest, steadfast character of a political giant who could have made himself a king, but who instead placed the good of the people ahead of his own self-interest. . .

For launching my study of the Founders, which ultimately influenced by writing, my career, my patriotism, and my life.

For illuminating how we have minimized Washington and his contemporaries. . .

For reminding me that we still need giants and heroes. . .

A great book can change lives. What book has impacted you in a profound way? I hope you’re reading something wonderful, something inspiring, something life-changing today.
Posted by Laurie LC Lewis at 11:48 AM