FOR WHAT AM I GRATEFUL?

(I share this excerpt from a talk given by Thomas S. Monson, President of the Church of Jesus Christ of Latter-day Saints, during the October 2010 General Conference. It's one of my favorites. Happy Thanksgiving. I hope it adds to your holiday.)

I share with you an account of one family which was able to find blessings in the midst of serious challenges. This is an account I read many years ago and have kept because of the message it conveys. It was written by Gordon Green and appeared in an American magazine over 50 years ago.

Gordon tells how he grew up on a farm in Canada, where he and his siblings had to hurry home from school while the other children played ball and went swimming. Their father, however, had the capacity to help them understand that their work amounted to something. This was especially true after harvesttime when the family celebrated Thanksgiving, for on that day their father gave them a great gift. He took an inventory of everything they had.

On Thanksgiving morning he would take them to the cellar with its barrels of apples, bins of beets, carrots packed in sand, and mountains of sacked potatoes as well as peas, corn, string beans, jellies, strawberries, and other preserves which filled their shelves. He had the children count everything carefully. Then they went out to the barn and figured how many tons of hay there were and how many bushels of grain in the granary. They counted the cows, pigs, chickens, turkeys, and geese. Their father said he wanted to see how they stood, but they knew he really wanted them to realize on that feast day how richly God had blessed them and had smiled upon all their hours of work. Finally, when they sat down to the feast their mother had prepared, the blessings were something they felt.

Gordon indicated, however, that the Thanksgiving he remembered most thankfully was the year they seemed to have nothing for which to be grateful. The year started off well: they had leftover hay, lots of seed, four litters of pigs, and their father had a little money set aside so that someday he could afford to buy a hay loader—a wonderful machine most farmers just dreamed of owning. It was also the year that electricity came to their town—although not to them because they couldn’t afford it.

One night when Gordon’s mother was doing her big wash, his father stepped in and took his turn over the washboard and asked his wife to rest and do her knitting. He said, “You spend more time doing the wash than sleeping. Do you think we should break down and get electricity?” Although elated at the prospect, she shed a tear or two as she thought of the hay loader that wouldn’t be bought. 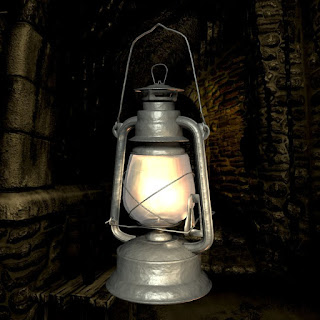 So the electrical line went up their lane that year. Although it was nothing fancy, they acquired a washing machine that worked all day by itself and brilliant lightbulbs that dangled from each ceiling. There were no more lamps to fill with oil, no more wicks to cut, no more sooty chimneys to wash. The lamps went quietly off to the attic.

The coming of electricity to their farm was almost the last good thing that happened to them that year. Just as their crops were starting to come through the ground, the rains started. When the water finally receded, there wasn’t a plant left anywhere. They planted again, but more rains beat the crops into the earth. Their potatoes rotted in the mud. They sold a couple of cows and all the pigs and other livestock they had intended to keep, getting very low prices for them because everybody else had to do the same thing. All they harvested that year was a patch of turnips which had somehow weathered the storms.

Then it was Thanksgiving again. Their mother said, “Maybe we’d better forget it this year. We haven’t even got a goose left.”

On Thanksgiving morning, however, Gordon’s father showed up with a jackrabbit and asked his wife to cook it. Grudgingly she started the job, indicating it would take a long time to cook that tough old thing. When it was finally on the table with some of the turnips that had survived, the children refused to eat. Gordon’s mother cried, and then his father did a strange thing. He went up to the attic, got an oil lamp, took it back to the table, and lighted it. He told the children to turn out the electric lights. When there was only the lamp again, they could hardly believe that it had been that dark before. They wondered how they had ever seen anything without the bright lights made possible by electricity.

The food was blessed, and everyone ate. When dinner was over, they all sat quietly. Wrote Gordon:

“In the humble dimness of the old lamp we were beginning to see clearly again. … “It [was] a lovely meal. The jack rabbit tasted like turkey and the turnips were the mildest we could recall. … “… [Our] home … , for all its want, was so rich [to] us.”
Posted by Laurie LC Lewis at 6:04 AM