Author Interview with LISA RECTOR, Author of "The Chronicles of the Half-Emrys Series"

In the name of full disclosure, let me begin by telling you that talented fantasy author Lisa Rector, featured below, is a member of my critique group, and a really great person about whom I'd say lovely things even if she weren't a friend. But check out the reviews her books are getting on Amazon, and you'll see that she has earned the praise she's receiving.
She's the real deal. 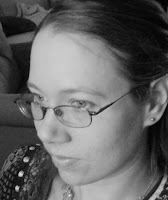 Tell us a little about yourself. Where were you raised? Where do you live now? Do you have any pets?

I’m a Maryland native and could never imagine living anywhere else. And no, I do not like crabs or Old Bay Seasoning. A mountain girl at heart, occasionally, every so often, I drift down to the coast and float away on the beachy breezes.

I married my high school sweetheart for time and all eternity in the Washington D.C. Temple after I fell in love with his endless sense of humor. I enjoyed a short stint as a labor and delivery nurse before becoming a stay-at-home mom for my two beautiful daughters. In addition to my newfound love of writing, my passions are my faith in Jesus Christ, gardening, and yoga. My favorite delights are decadent homemade cakes, cookies, or brownies—never store-bought.

I have gone through tons of cats, and right now, I am cat-less. They’re all buried on the mountain in, what my parents have, a thriving pet cemetery. The last cat I lost was the hardest, and because of my husband’s allergies, we can’t have anymore.

At what age did you realize your fascination with books? When did you start writing?

Due to the delightful country music on the school bus, I had to find an alternative activity to occupy my brain. So I read every long 45-minute bus ride to and from school. My favorite childhood author was Lois Duncan. Motherhood separated me from reading for a time, and now I enjoy it every evening once I put my manuscripts away for the night. I started writing in February of 2013. On a whim. An idea came to me. I never even played with the idea to write before, but spent plenty of time dreaming up fantasies once my head hit the pillow at night. It was time. 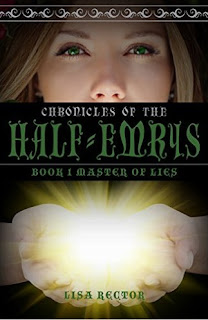 I love fantasy. Anything that involves powers and immortals . . . and dragons help too. Give me a hunky guy and a snarky protag. I love snark. And clean steamy scenes that make your blood rush. I get a major kick out dystopian. Oh, and the novel has to be a quick read. I’m a light thinker. Give me a book I can read in one sitting and that tears me up inside. The Shatter Me series by Tahereh Mafi did just that. It destroyed me.

Tell us a little about your latest book?

What’s inside The Two Masters, the second book in my Chronicles of the Half-Emrys? Immortal emrys, dragons, magical creatures, powers, light vs. darkness, good vs. evil, revenge, love, hope, forgiveness…

I created a species of immortals who can harness the power of light. My emrys. Which actually means immortal in Welsh. My half-emrys are the result of the immortals mixing their bloodline with humans. The result is the introduction of darkness along with the light. They’re able to use both powers, but it becomes a constant internal struggle for them. With the added temptations of the two competing Creators, the one good and the other evil, many half-emrys find themselves stuck between two worlds.
And in the case for the two characters in this novel, their ever-balancing scale of internal light and darkness is the least of their problems.

It’s a story I wrote to be a quick read, not weighed down with lots of superfluous writing, but filled with lots of tension. Written for a YA audience (but readers of a mature age would enjoy it), and it’s a clean story, safe enough that a fourteen year old could read it.

What’s my favorite part? The dragon humor. I have hilarious dragons. Oh, you must not forget the romantic tension. And one part always makes me cry, but you’ll have to read my novel to find out.

What Inspired You to Write This Book? 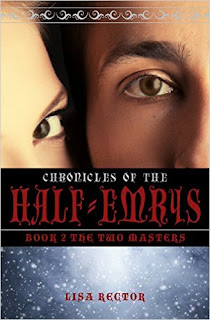 I started writing this book back when I was doing a Lord of the Rings movie marathon. I even based some of my characters off Tolkien’s. I imagined the rolling hills of Middle Earth for the Realm of Terrin and the murky swamps of the Dead Marshes for Rolant. The torturous snow peaks of the Misty Mountains could be my Eirwen Mountains, where the entrance to Gorlassar is hidden. And when you enter Gorlassar and fly to the capital emryn city called Mared, I imagined the majestic music from when the Fellowship entered the great hall in the Mines of Moria.

But scenes and characters aside, I think that’s where the similarities stop. My writing is nothing like Tolkien’s.

I would have to say music is what carried the feeling in my book. I mentioned the music from the mines of Moria scene. I did listen to the LOTR’s sound track quite a bit in the early phases of my free writing. But I took any music that uplifted or motivated me, from Evanescence’s Fallen CD to the Piano Guys. I think Twilight’s various sound tracks were a major inspiration for me. Evenstar (LOTR) was my inspiration for the final scene before the epilogue in my first novel, Master of Lies.

How did you come up with your characters?

Well, my initial basis for my emrys was the LOTR elves. Alas, my emrys don’t have pointy ears. I needed immortals with a flowing, graceful form, strong, lean bodies, and creamy, unblemished skin. Tolkien’s elves were a perfect reference.

I pictured the tall, thin frame of Legolas and his mysterious charisma. The constantly furrowed look of Legolas’s brows is exactly how I pictured my Aneirin.

Galadriel was my Meinwen. The way she moved with grace and her ethereal air was exactly how I pictured my High Emrys.

I stumbled across a “real life” Disney picture of Jane of the jungle. I knew I had found my Ahnalyn with her green eyes and her tiny nose and innocent look. Adorable. But with a hidden determination.

Einion’s a little rough around the edges. Picture Kit Harington in Pompeii.

(Read Part two next week) Click on the cover images to purchase.
Posted by Laurie LC Lewis at 3:13 PM