Awards, and The Spellmaking of Being an Author 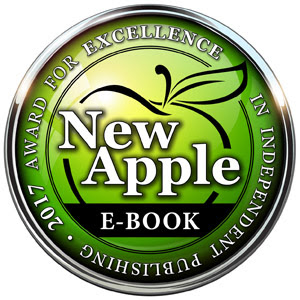 When I was in fourth grade, we had a Witches and Warlocks Club. Members met in the corner of the school yard where we'd jot down spells and run around as if we could fly. We never really believed we were actually witches or warlocks, but it was fun pretending that we were.

Being an author often feels that way as well. We use our books to cast spells on readers--to take them to a new place, to set them in someone else's shoes, to allow them to feel something deeply, and then they return to their day, hopefully changed a little for the experience of having suspended their reality for a short time, to come and imagine with us. But we're often not really sure if we're authors, or if we're playing at it. 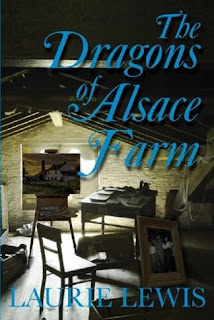 Today, I feel like an author. And it's AWESOME!!!

I found this in my inbox this morning:

"Your book 'The Dragons of Alsace Farm' was chosen as the solo "Medalist Winner" in the Inspirational category of our 2016 New Apple Annual Book Awards for Excellence in Independent Publishing!"

My general fiction book with the terrible title that no one understands or can pronounce, won an award!

And an hour later, I found this in my other email inbox:

The 2016 Finalists have been announced (click HERE to see the list) and "The Dragons of Alsace Farm" popped up!
Check out the list of finalists and categories. it's truly an amazing assembly of great talent. People I admire. People I'm humbled to know, or know about, or whose books I've read. Besides being gifted, award-winning authors, many of whom top the NYTimes and USA Today Bestseller lists, these authors are among the most generous mentors and loudest cheerleaders for others.

So the cliche is true. It is an honor to simply be nominated. Or to be a finalist. Winners will be announced in May at the 2017 LDStorymakers Writing Conference in Provo, Utah.

Many thanks to the the New Apple Books Awards Judges, and to The Whitney Academy for these wonderful honors. Many thanks to those of you who've read and reviewed "Dragons," or who have held my hand, figuratively or otherwise.
Today is a happy day. I hope I write a chapter today that casts a spell on a reader someday.

Thank you!
Posted by Laurie LC Lewis at 3:31 PM