Author LInda Weaver Clarke and I have connected several times over the years. She's a prolific clean-read author and a generous peer who supports her fellow writers. It's a pleasure to host this author interview with Linda today.

Q: What is the name of your new release and what is it about?

The Highwayman of Cordovia is the second book of The Rebel Series. Here is the blurb:

Centuries ago, valiant men and courageous women engaged in daring adventures as they helped their fellow man. In the country of Cordovia, the people enjoy their new-found liberty, but all is not well. A group of powerful men plan to take over the small country and replace the leader with a king. 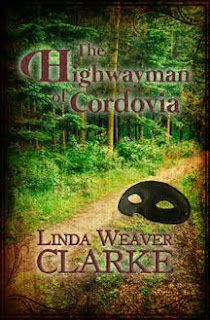 With the help of a bold highwayman and a pastor’s daughter, they try to save their country from being taken over by a power-hungry leader. As they strive to stop the Kingmen and thwart their plans, Christine finds herself falling in love with Austin Knight. The only problem with their relationship is that she thinks he is her knight in shining armor instead of a highwayman. If she finds out his trade, what will her reaction be? As a pastor’s daughter, will love override her values?

Q: Nice! Tell us about your other works, books, stories, etc.

All my books are family friendly and clean for all ages. I have written a historical romance series, mystery/suspense series, a romantic cozy mystery series, a children's storybook, 3 non-fiction, and am now trying a new genre that I haven't done before. I call it a period romance because the time period is set in the 19th century but in a made up country. I thought it would be fun to create my own little country with its own little problems that a hero and heroine has to solve. After I wrote the first book, I received many comments about how fun it was and a request to make it a sequel. So I set out to do just that and had a lot of fun.

Q: I love that your books are clean and cozy. Great for families. What are you working on now?

After I finished The Highwayman of Cordovia, I realized that no one ever has 2 books in a series. It's usually 3 or more. So I decided to begin the 3rd book in The Rebel Series. That's what I'm working on right now.

Q: Do you write with music playing? If so, what was playing as you worked on this project?

The only time I write with music is when there is a scene with dancing or something like that. In this story, I needed to feel the rhythm of the music while my characters were dancing a country jig. That helped me to create the scene I was trying to portray along with what kind of instrument was played for a jig. In fact, it did wonders for my scene. Haha.

Q: We might need video of you during the writing of that scene! LOL. What inspired this story?

After reading a historical fiction series about how our country got its freedom, it was so inspiring and I couldn't stop thinking about the importance of freedom. We enjoy this liberty because of the patriots who fought for it. Soon, I decided to create a country that wanted that same freedom and the young people were willing to fight for it. It's set in the early 19th century. This was my inspiration.

Q: Freedom is one of my favorite themes too. I love that your book explores that. How do you do research for your books?  What’s the most interesting bit of research you’ve come across? 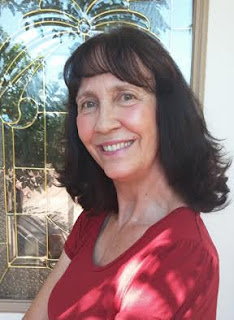 When I wrote this book, I had to find out what dances were popular among the aristocrats versus the country folk. I wondered if the waltz was popular back then. When I did some research about the “waltz,” I was surprised by what I found out. The peasants were the first to dance the waltz. It was such fun that bored noblemen would sneak out and go to the country-dances.The Oxford English Dictionary back then called the waltz “riotous and indecent.”

In a 1771 German novel, someone complains about the “newly-introduced waltz” among the aristocrats. He wrote: “When he put his arm around her, pressed her to his breast, cavorted with her in the shameless, indecent whirling-dance of the Germans and engaged in a familiarity that broke all the bounds of good breeding—then my silent misery turned into burning rage.”

Soon, it became fashionable in Great Britain in the 1800s when the wife of a Russian ambassador endorsed it. By 1813, they were dancing the waltz at all the balls. I found this to be so interesting. Haha.

Here is the book trailer for this book.

Purchase "The Highwayman of Cordovia."