IN DEFENSE OF MARRIAGE 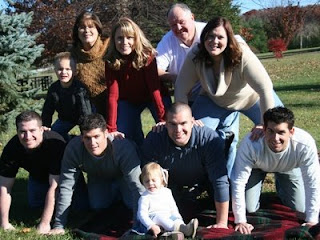 A few weeks ago Ellen DeGeneres was on the Jay Leno show tearfully pleading for people to stop spending thousands of dollars to promote hate. Sounds like a cause any decent, moral person could get behind. Her cause was the fight to prevent passage of Proposition 8, the bill in defense of traditional marriage, and her plea was essentially an effort to label anyone attempting to defend the definition of marriage as a union between an adult man and woman, as a hate monger.

The scripture that warns of the day when good will be called evil and evil called good is upon us, it appears. My son lives in California where the youth of the church have been called up by Elder Ballard, Elder Cook and the rest of the Brethren to stand as modern-day Stripling Warriors, wielding the swords of their day-- technology--to blog, text, post, email and make phone calls in defense of the essential fabric of society--the family.

If we doubt the urgency of this issue, read one of the following articles:

Young Mormons Urged to Join Fight Against Gay Marriage in California at: http://www.sltrib.com/ci_10671847 or

The passage of Proposition 8 does not remove rights and benefits already in place for gay and domestic partnerships (they "shall have the same rights, protections and benefits" as married spouses, according to Family Code SS 297.5).

So opponents of Proposition 8 are not merely trying to promote tolerance. They're trying to redefine "marriage" and "family", and the consequences could be grievous. Anyone with a traditional moral position on this could find themselves prosecuted for teaching doctrine in opposition to same-sex unions. What about the separation of Church and State? Now the State could have power to define religious doctrine!

And we can't merely hope that our community or state will be untouched by the outcome of this vote. Look how many states are wavering. Connecticut is set to begin honoring requests for same-sex marriages next week. And remember this. It only took four California Supreme Court justices to reverse the will of 61% of the electorate in that state.
Posted by Laurie LC Lewis at 2:49 PM