LET'S REALLY THINK ABOUT THIS. . . 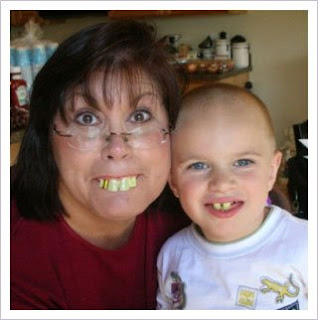 Okay, so maybe you're like me in that you can't quite get a good grip on all this bail-out stuff because CNN says Armageddon will happen if it doesn't pass, and Glenn Beck says we're doomed if it does. And maybe the whole nuclear proliferation question also boggles your mind. Should we sit down and have pumpkin pie and a chat with Iran or should we put the economic squeeze on them?

Yes, I have trust issues with the media, and the candidates aren't exactly clearing up the muddle, if you know what I mean. So while we're digging through all that stuff, here are some other pressing questions that also weigh on me. Gladly, the answers may prove foolhardy, but not fatal to any person, bank account or government.

1. I was recently at a Bridal Shower and a cute, chubby six-month old was wriggling around on the floor. Everyone was ooohing and ahhhing over him and these words came out of my mouth. "Look how chubby he's getting! Isn't he cute!" In the next breath, this thought occurred to me. "No one ever says that about me." Well, the first part, yes, though maybe not out loud. But the second part? The redeeming, validating line about chubby being cute? Nope. Nada on that. What gives with THAT double standard? Let's form a focus group and slam that around for a while!

2. You know those squiggly letters you need to decode before you can sign in to anything in the electronic universe? Those alien-looking figures that run together like undercooked lemon pie filling? You know what I'm talking about. What's the deal with them? Oh, sure. They say it's all about preventing electronic whatevers from invading the site. But, what about the humans that want to order a Ped-Egg and can't? Or what about the myopic, tri-focalled generation who can't send replies to their kids' blogs because the Internet is keeping everything safe from robotic cyber-invaders?

One day I tried five . . . count them . . . FIVE times to decode those little "alphabetical selections on LSD" and I could not crack the secret code. And each time I failed, the little screen would change and provide another squiggle-set until I finally thought I heard some byte of nano-technology mocking me from inside my own PC!

Scan my retina! Fingerprint me! Man alive, my entire life savings is only protected by a six digit code I punch into a key pad, but the "Keepers of the Blogs" want me to pass a visual decoder test before I can post "Happy Birthday?"

These little frustrations actually help me understand why the issues of the day become so tedious and bogged down. I think the world was much simpler when we just dialed the phone and made out a check and wrote letters, but then again, we needed all this progress, didn't we?
Posted by Laurie LC Lewis at 8:19 AM

Email ThisBlogThis!Share to TwitterShare to FacebookShare to Pinterest
Labels: blogging, Common Sense or the lack of, Middle-age