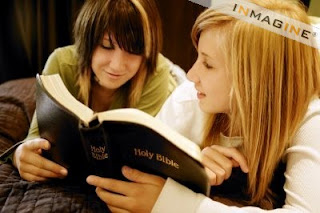 Seminary out here is an early morning affair with exhausted, over-scheduled teens rising at 5:00 a.m. to be dressed for school and in their Seminary Class by 6 or 6:15 a.m. Most of them are sleep-eyed, admittedly arriving more out of obedience than out of burning desire each morning. But something wonderful happens during that 45 minutes. For some, the change is obvious. For others, it's more subtle, perhaps unrecognizable on the outside, but it's there--more hope, more security, more sense that they matter to God who is, Himself, more real to them, and therefore more accessible.

It's the best investment imaginable.

Last night we had our stake's Super Seminary Activity. I'm the producer of the event, and I have to say that it is by far, the most daunting non-family project I've ever undertaken hands down--book-signings included.

Perhaps it's because anyone who works with the youth knows what's on the line. We've been told that Seminary is the Ark for the youth of our day, yet knowing how busy and hyper-entertained they are, it's hard to hold their attention long enough to allow the Spirit to settle in, and then to help them recognize that gentle tug.

Well, Seminary teachers make headway every day. And last night, we did it again with our activity. It was really great! The kids were laughing and engaged, friendships were made and strengthened, and all while their knowledge of the Gospel and the scriptures was being heightened. And the success of the event? It was owed in large part to a young man who wasn't even there.

Last year I spent weeks creating a mega-activity with critical-thinking puzzles and cerebral Bible games. One of the participants, a senior, emailed soon thereafter, tactfully telling me I had over programmed the evening and that what the kids really needed was just to have fun using what they've learned. He even gave me suggestions for games. The criticism stung, especially after all my weeks of preparation. But I remembered what he said, and I applied his advice last night. And he was right.

I probably knew it before he even said it. The proof is in my own family. Those of my kids who had good friendships at Church also developed strong testimonies. And those who never found a friend in the Church floundered for a time. We can't discount the importance a friend makes. That security makes it easier to nourish and share the tender feelings of the heart. Where there is friendship there is also love, and the Spirit can do wonders with love.

So I have lots of files of games for the Old and New Testament. Some are brain-tinglers and some are just fun. They would work for Seminary or FHE. I'm going to make a gadget on this blog to post links for those. Maybe some of the ideas will spare you the work of re-inventing the wheel. Just let the Spirit guide.
Posted by Laurie LC Lewis at 1:36 PM

Email ThisBlogThis!Share to TwitterShare to FacebookShare to Pinterest
Labels: Seminary