ON BEING A LONG-DISTANCE GRANDMA 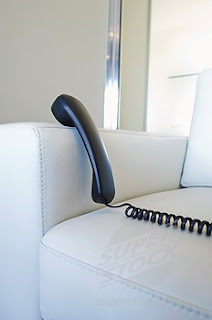 When you're a long-distance grandma, you have to be creative. Even so, boxes of treasures don't always arrive intact, treats turn stale before crossing the Rockies, the web cam goes on the fritz and the phone calls. . . well let me share a few of my most favorite moments.

WEBCAM MOMENTS:
My grandson, at two and a half years, talked to Grandma primarily on the web cam which is attached to the computer. He developed cute names for his two grandmas. one he calls "Silly Duck". Me? For a time he called me "Puter Grandma".

CYBER-SITTING- I entertained Tommy on the computer for a few minutes one day while his parents scooted off to the kitchen to get something. He was scooting the mouse around and jammed his fingers. I saw his hurt and tried to soothe his sadness as best I could. Suddenly a finger is pressed against the webcam. "Kiss it!" he cried. I, of course died that I wasn't there in person, but with a cyber-smack of my lips and a voice thick with sorrow, I asked him if it was better, and he quickly answered that it was.

CYBER-LICKS-We've shared puppet shows, sung silly songs, read books and even played imaginary baseball over the computer with the kids. One day Tommy wanted to give me something in return. Holding his lollipop to the camera he made the ultimate love-offering. "Taste it! It's good, Grandma!" With a smile and a loud "slurp" I "tasted" his lollipop. And it was really great!

TELEPHONE TIME-My granddaughter, Keira, is now the at the age where reality is blurred by the phone and the camera. She will call and carry the phone around, taking me into her room to view her "Princess Dresses" and her blanket collections. "See this?" she'll ask, or "Do you like this one?" I'll oooh and aah over the unseen creations, asking her to tell me what they look like, or which one is her favorite.

The other day we spoke for two hours by phone. Sometimes Keira was on the line. Sometimes it was her 5-year-old brother, Tommy. Sometimes it was both. In one moment, Tommy put his phone on "speaker" and laid it down on the floor to go potty. Keira sang a 20-minute arrangement of an original song about monsters and then we heard Tommy's voice come over the phone. "Grandma, where is the other phone?" I replied, "Keira has it, sweetie." Tommy sighs. "Tell Daddy I need some wipies!" I relayed instructions for Keira to give her Daddy the message and soon my son was on the phone. "Did Tommy really tell you in Maryland to get me in Utah to bring him wipies?" Such is the magic of technology and grandmas.

Sometimes, only a real flesh-and-blood hug can make it better.
Posted by Laurie LC Lewis at 9:33 AM