A FLY ON THE MILITARY WALL 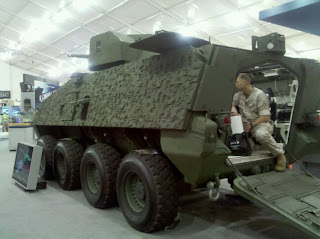 I'm down at Quantico Marine Base with Tom. Yesterday we attended a golf tournament/auction to raise scholarship funds for for a foundation called "The Young Marines." I had never heard of this group before, but like the ROTC, it teaches military discipline and service the marine way, preparing future officers and leaders.

The experience was moving. I was surrounded by officers in all their variety, from generals on down, with post commanders and retirees proudly wearing their caps and shouting "Ourah!!!" at any mention of the corps. These men are proud Marines, and proud of their Marine heritage which dates back to 1775, and rightly so. Even in my research on the War of 1812, the toughest fighting squad, next to Joshua Barney's Flotillamen, was a group known simply as "Miller's Marines."

They talked about God, and about country as if it were an un-severable appendage to it. They knew the Bible and saw a clear connection between events written there and our circumstances today. These men of different colors, different nationalities, and likely of many different faiths, see their service as an extension of their personal faith, and they see their defense of America as a defense of Christianity in a world becoming increasingly negative towards Christians.

A highlight of the day ocurred when three sisters of a Marine killed at the 1983 bombing in Beirut came to participate in the launch of a scholarship named for their slain brother. Several were also Marines themselves, and they wept over the ache of their loss as well as the pride that his memory would be honored in such a manner. It was an honor to be there, and to see steeled, battle-scarred brothers-in-arms from every branch of the service shed a tear or two as well. It reminded me of something Colin Powell once said about how no one works harder for peace than a soldier.

Later in the day, we headed to a field set up as a tent city for the expo. It was fascinating to see trucks and men moving like a living organism to create a small city in a field. Squares of polymer flooring were laid like giant tiles on the ground to create roads, sidewalks, and floors. Carpets were laid indoors to create rooms inside tent walls, and hundreds of crates that blocked the floors were quickly unpacked and moved with mind-boggling efficiency. Our military is amazing in more ways than I can number.

And they are not stupid kids who can't do anything else. I saw some of the highest-tech robotics and computer-driven machinery in the world. Some of it looks like it could have come from the backlot storage for Star Wars. Amazing.
Posted by Laurie LC Lewis at 10:26 AM