DELIGHTED TO BE SPEAKING AT MT. AIRY'S HISTORY WEEK

Historic Mount Airy, Maryland's annual celebration of American History Week is a week of family fun and learning, with a wide variety of activities and speakers. I'm honored and delighted to have been asked to present on Tuesday. I'll be speaking about Francis Scott Key and the events that influenced his writing of "The Star-Spangled Banner."

I hope you'll come and enjoy some of Mount Airy's festivities the week of September 7th through the 14th. 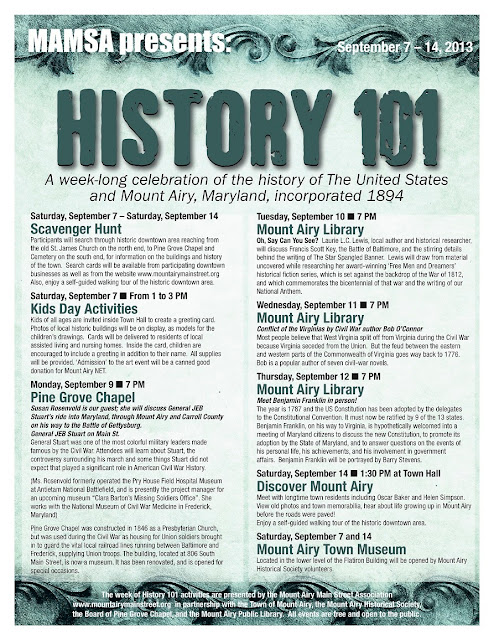 Posted by Laurie LC Lewis at 2:10 PM No comments:

YES, I SIGNED THE LETTER, AND HERE'S WHY

You may have heard or read about the issue storming the LDS publishing market and firing the media outlets right now. I live in Maryland, far away from the scene, and I've never worked with the publishing house involved, but because this issue has potential to tarnish all LDS authors, and the LDS community at large, I felt I needed to take a stand.

In short, a novel that was contracted by an LDS publisher, and ready to go to print, was pulled because the author's bio included mention of his same-gender partner. The publisher knew the author was gay when he offered him a publishing contract, but preferred to not have him disclose that information in his bio fearing it would offend the company's primarily LDS market.

I won't rehash the details here. Instead I'll direct you to my good friend Braden Bell's blog. Braden does work with the involved publisher and he offers a voice of compassion and justice tempered with reason.

When the public became aware of the fracas, sides were taken and unkind generalities were being assailed. A letter supporting the legal rights of the author was issued by members of the LDS writing community and I agreed to sign it for a variety of reasons.

Again, a link to the letter is posted on Braden's blog.

As an LDS author, I believe in the law and in binding contracts. As an American, I respect the right to free speech, and the right of a publisher to choose what they will invest in and place their name on. In this instance, contracts were violated, and characters were assailed.

This is why I signed the letter.

Posted by Laurie LC Lewis at 12:46 PM No comments: