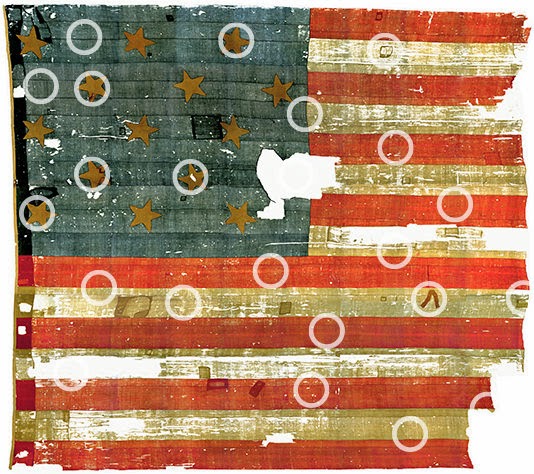 200 years ago today, September 13th, the British Naval behemoth moved up the Patapsco River mouth to begin the fiery assault on Baltimore. Having already burned Havre de Grace, having torched many of the towns and farms along the Chespeake and Patuxent Rivers, and having laid the torch to Washington and Alexandria, including burning the President's House and the Capitol, Maryland's Baltimore port city and her Clipper ships were the next critical prizes.

A 2-pronged assault had been planned. The attack on Fort McHenry was actually designed to be a feint, intended to draw troops to the penninsula, easing the way for British ground forces to assault the city. The previous day, the British ground commander, General Ross, had been killed by 18-year-old-snipers while placing his troops, prior to beginning their drive towards the city from North Point.

The secret plans for Baltimore's fate now had to be revealed to Ross's out-the-the-loop second in command. In a letter to a nervous, unprepared Major Brooke, Admiral Cochrane revealed that the plan was to sack the city, inflicting "severe retribution" on Baltimore in retalliation for the American sacking of York. His instructions? "You will best be able to judge what can be attempted."

While American land forces repelled Brooke's ground forces, Britain's naval assault would pound Fort McHenry using bombs and rockets that literally rained fire from the skies at distances too far for the fort's guns to mount a defense. For 25 hours the mettle of the fort and her defenders was tested. All the while, attorney Francis Scott Key sat in a packet ship moored near the British armada along with Dr. William Beanes, a friend and British prisoner, and prisoner exchange agent John Skinner. Key and Skinner had come under a flag of truce to request the release of Dr. Beanes. Instead, they were detained and fed fine food along with the horrific plans to sack the city where Key had family. 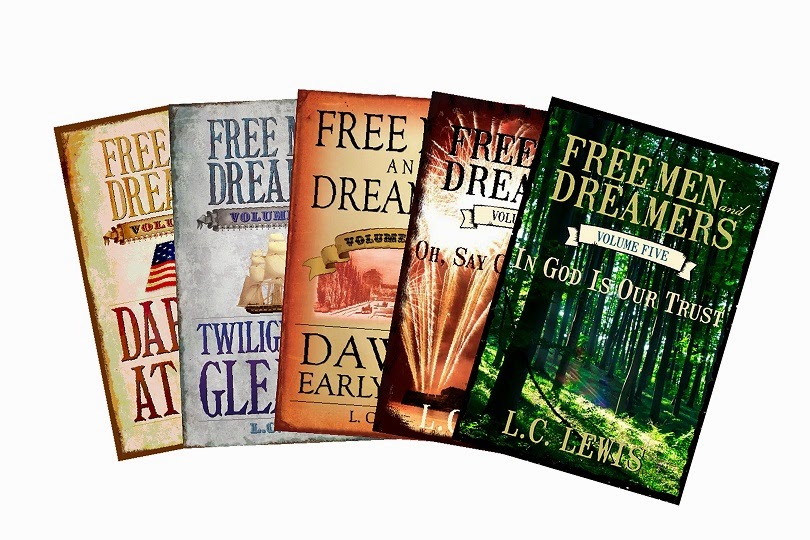 It was on this day and night that everything hinged. Could America survive any more? The President was struggling to gather his government back together. His grand, white President's House had been burned, as well as all governmental buildings, the Capitol, and the Library of Congress. Had the Constitution itself or the Declaration of Independence survived? Most Americans were unsure. All they knew was that a flag for which they held little care or allegiance days earlier, now flew over an embattled fort called McHenry. In that instant, the red, white, and blue was the last hope of democracy. These are the feelings that stirred in Key's breast for the next 25 hours.

This is the 200th anniversary of that day. God bless America!


(Read more in my "Free Men and Dreamers" series shown above.)
Posted by Laurie LC Lewis at 10:43 AM No comments: