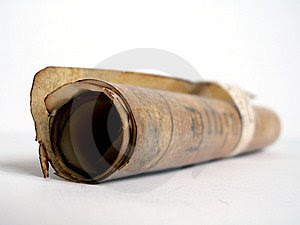 I woke up and, as I usually do, I turned on CNN, even though I generally am ready to toss a sock at the screen five minutes into the first "unbiased" report. Today was no exception.

The topic was, of course, the economy, and the reporters were sharing comments one candidate made on revising the economy, Social Security, the banking industry, etc. over the course of his twenty-odd years in the Senate. Of course, the opposition was poised with sarcastic jabs and comical quips, pulling comments from another economic era and making snide humor about their wisdom in consideration of today's market.

Well you see, that's the thing about having a long political record where every interview, every speech, every stand before your colleagues is on the official record. People can pull things from one era and use them ten years later, whether they're still relevant or not.

Perhaps having the shorter political record may be an advantage. If there's not much on the record, then there's really not much recorded for anyone to refer to, criticize or question.