LESSONS FROM A 200 YEAR-OLD LETTER 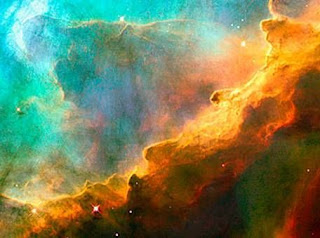 I love to write, but I love research almost as much. Sometimes the days are long and the document you need to corroborate your point eludes you, but it’s nearly impossible to scratch around old documents and records and not find a few things that give you an “aha!” moment and make your arms tingle.

It’s like a treasure hunt. You begin with a single question, or a reference in a book, and then you pull out your keyboard and go “digging.” Inspiration helps too. Sometimes an idea comes about where to search and you know it wasn’t your own. You just know that someone wants this story told, and told well. And those shivers are the best ones of all.

This week, I’m writing the portion of “Oh Say Can You See” that actually details the Battle at North Point and the assault on Fort McHenry. I needed to write a scene that built up to those moments, to create a perfect denouement when we get there, but I wanted it to be historically accurate. So I returned to an old record written by a British soldier who fought at Bladensburg and in Baltimore.

I had read portions of his account of the attack on Washington before and pulled out details to keep my story tight and true, but this day I scrolled almost exactly to the point I needed and I began to read a journal entry describing his thoughts before heading into this battle. He described the rush of adrenaline, the feeling of a being a gambler for the highest possible stakes—life and death— the attitudes of the men—some somber but some rowdy, bawdy, obnoxious as they burned off some of their pre-battle energy, knowing they may not return to the ship ever again.

It was a perfect find, and that tingle was there. I had a sense that this was an encapsulation of a letter he had written home to put his parents’ minds at ease, to let them know he was going into battle without fear, and facing his mortality squarely, his peace made with God.

It was a great little gem, and I felt a bit like a voyeur, stealing a glimpse of a unique personal moment. It was impossible not to wonder what a soldier today would feel if he or she read it. Would the feelings be the same? I think they transcend time, taking us back to the basic things we each cherish and fight for--God, family, country.

The bottom line? Time is but a reference and the baseline of humanity is eternal. It makes doing that genealogy and family history a little more urgent. We were real . . . such words seem to whisper to us. Yes, they were, and they live on, in what they wrote, and in how we remember.
Posted by Laurie LC Lewis at 6:47 AM