MIKEY BROOKS' and "THE DREAMSTONE"--What happens when a big kid masquerading as an adult builds his own world? 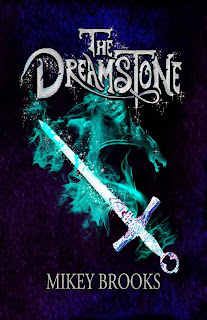 Mikey Brooks has faithfully cheered other authors on, but since his series, "The Dream Keeper Chronicles" debuted, people are excited to return the favor and cheer for him and his action-packed fantasies.

Volume Two of his series, The Dreamstone, debuted in early December to the delight of Dream Keeper readers. It thrusts its young heroes--Parker and Kaelyn--back into the now-broken realm of Dreams, fraught with difficulties, dangers and enemies.

Brooks brilliantly encapsulates the stakes in The Dream Keeper with this tease from the back cover of book one:

Dorothy called it Oz, Alice called it Wonderland, but Nightmares call it HOME.
When an evil shifter took over the gateway to the realm of Dreams, it fell to 14-year-olds Parker and Kaelyn to stop him. Their only hope lay with Gladamyr, the Dream Keeper, but could they trust a Nightmare to save their world?
Show more
Show less

In the sequel novel, Dreamstone, Brooks rebooks his readers on a return journey to the realm of Dreams to help Parker save his mom.

When Parker’s mom is dreamnapped by the wicked Mab, it is up to him and Kaelyn to save her. When they return to Dreams, they discover Mab isn’t their only problem. Gladamyr has lost his powers and the only way to get them back is to become what he fears the most—a nightmare.

Welcome to the Official Blog Tour of:
THE DREAMSTONE,
Book Two in The Dream Keeper Chronicles

Don't forget to check out the GIVEAWAY
at the bottom of this page for a chance
to win one of over 30 prizes! 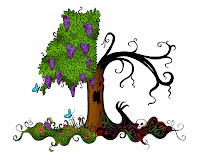 World Building: A piece of Cake
A Guest Post by: Mikey Brooks

As writer of fantasy I get to do a lot of really cool things. My favorite is coming up with new worlds for my characters to explore.  I can create these worlds to be like our own, or I can do something as fantastical as Dr. Seuss. I believe world building is one of the hardest topics to discuss because there is so much information that goes into creating a new world. Of course I won’t be fitting everything into this guest post, but I’d like to touch on a few key things.

I heard a great analogy for world building from a terrific fantasy writer, Cas Peace, author of the Artesansof Albia Trilogy.  She compared world building to making cakes.  Because I once worked as a professional cake decorator, I naturally thought this was the greatest idea I had ever heard. Cas shared that like cakes, world building has many layers. They have the inner layers (the stuff we don’t see until we cut into it) and the pretty frosted outside (the things that are seen right away).  Not every cake is made the same way, and neither should our worlds.

I can think of all the different times I made a German chocolate cake. The recipe was always the same. I layered it with the filling and then frosted the outside as I always did. But no matter how I tried, one cake was never identical to the next. There was always a slight variation of chocolate drizzle, or something—always one small change. Our world building should be like this. Take what is familiar, our world for example, and change something small—something so basic you wouldn’t think it would matter, and then see what happens. In the world J.K. Rowling created, she’d change just one thing—in her world, magic existed. That added a whole new layer to the world of Harry Potter. Would the story even have existed without that change? In the Dream Keeper Chronicles, I did something similar as Rowling—I changed one thing—I made Dreams a real place. This changed nothing on the surface of my cake, but it added a whole new layer to my world.  What would happen if we changed an event in history, say the extinction of the dinosaurs? How different would our world look then? What about the fall of the Nazis? Or the disbelief in the Greek gods? Changing something small can create endless possibilities.

However you decide to make your world is up to you. All cakes are different, but all use frosting, flour, eggs, and sugar. The fun is what you do with the ingredients. They can be covered in buttercream, which is soft and creamy, or whipped cream which is fluffy.  They could have fondant icing which is smooth like satin, or royal icing which can be hard and textured. There really is no limit to your world. Have fun creating!

I am happy to announce the release of THE DREAMSTONE,

When Parker’s mom is dreamnapped by the wicked Mab, it is up to him and Kaelyn to save her. However when they return to Dreams, they discover Mab isn’t their only problem. Gladamyr has lost his powers and the only way to get them back is to become what he fears the most—a nightmare.

In Praise of THE DREAMSTONE:

“The Dreamstone, by Mikey Brooks, is a wild stallion of a story: fast, thrilling, and unpredictable. I was hooked in chapter one. If he can snare the attention of an old reader like me, he’ll have kids sneaking this one into class underneath their text books…If this one isn’t a kid-pleaser, I don’t know what is.” –Michelle Isenhoff, author of the Divided Decade Trilogy and the Taylor Davis Series.

This is far out good and entertaining. It will become a pre-teen to young adult and the young of heart’s favorite. The tale is clean, wholesome and riveting. It is must have in every home and school library” –Anna del C. Dye, author of The Silent Warrior Trilogy.

“This really is a cracking novel. Action-packed and spellbinding!”—Cas Peace, author of The Artisans of Albia series.

"If you like the Percy Jackson, Fablehaven, or the Harry Potter series, you'll love this!" –An Amazon Reviewer. 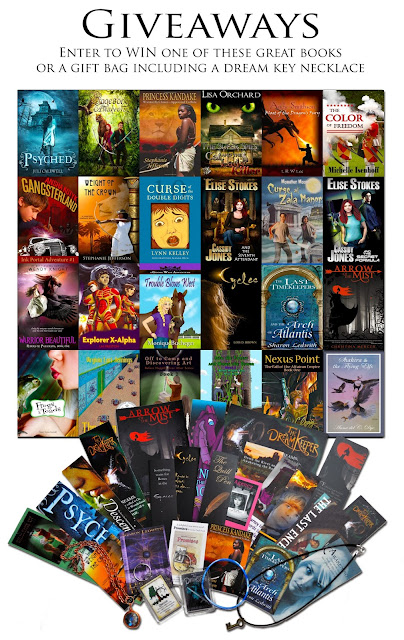 a Rafflecopter giveaway
Posted by Laurie LC Lewis at 10:02 PM