THE WHITNEYS and the 2009 LDSTORYMAKERS' Conference

I've been away for about ten days. Part of that time was spent enjoying my son's family--good grandma time which I'll blog about soon--but for two days I immersed myself in the company of other LDS authors at the 2009 LDStorymakers' Conference.


The conference is like a master's course in writing and marketing, taught by generous and successful LDS authors trying to both mentor others, while simultaneously holding the reins on ever-eroding standards in literature. The annual event culminates in the coveted Whitney Award Banquet where the year's outstanding authors and their titles are honored in various categories.


The winner of the Whitney Award for the best novel of the year was "Traitor" by Sandra Grey."Traitor" follows a woman who joins the resistance in France only to be captured by the Nazis and interrogated by a conflicted German who must make a decision of life or death. Sandra Grey is the pen name of Norene Uchytil, who lives in St. Johns, Ariz.


The best novel by a new author was "Bound on Earth" by Angela Hallstrom. The novel follows a multigenerational Mormon family.


The best romance was "Spare Change" by Aubrey Mace.

The best mystery/suspense novel was "Fool Me Twice" by Stephanie Black.

The best youth fiction was "The 13th Reality" by James Dashner. His new book, "The Maze Runner," will be published by Random House this Oct. 6.

The best speculative fiction was "The Hero of Ages" by Brandon Sanderson. The book is the third in Sanderson's "Mistborn" series.

Let me say that as a first-time attendee I was overwhelmed by the quality and generosity of the presenters and authors. Kerry Blair is a mentor extraordinaire, and the overall spirit of the conference was supportive and refreshing--not what you'd expect in a media market.


The events are sponsored by the LDStorymakers group which is comprised of published LDS authors. Aspiring authors wishing to join an LDS writers' community may want to check out a wonderful group called Authors Incognito which can be found on the web.


Below are shots of some of the other LDStorymakers this Maryland Storymaker enjoyed meeting face-to-face for the first time. 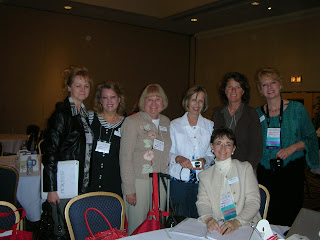 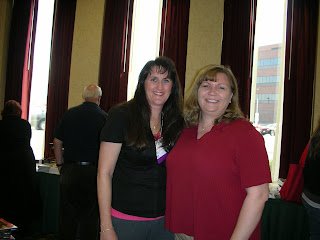