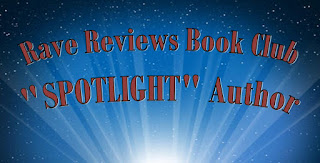 It's my pleasure to host author S. Burke today. She is a fellow member of the RRBC, or Rave Reviews Book Club, an international Association of Indie Authors.

Mystery and suspense lovers are in for a treat, as S. Burke's most recent novel, "Acts Beyond Redemption," takes readers behind the walls of the FBI and into the investigations of eighteen serial murders.

With that lead in, I'm passing the mic to our guest, S. Burke!

Hi, and welcome to my Rave Reviews Book Club “SPOTLIGHT” Tour!
Please join me in thanking my awesome host.
Today I’m sharing with you a brief extract from Chapter 1 of Acts Beyond Redemption. 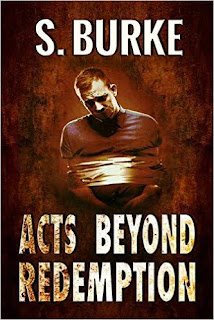 
Acts Beyond Redemption takes you on a twisted, deadly, journey.

Mike Matheson is head of a Special Task Force set up by the F.B.I to track down and apprehend the serial killers responsible for 18 brutal murders.

The team are exhausted, frustrated, and ready to burn out after almost five years and no leads.
Their nightmares are stripping them to the bone.

Nothing has prepared them for this.
Someone on the inside is deflecting their weary eyes away from an incomprehensible and terrifying truth.

Who will be buried in the shattered remains of a country where freedom and honor are treasured above all things?

Just how far will those elected to protect and defend go, to keep the American dream alive?

The setting is the FBI New York H.Q of the ‘Countdown Murders’ Task Force.
Doctor Nigel Cantrell, considered one of the best Forensic Psychologists in the country has been flown in to profile a suspect and interview her.
We Begin ...Part way through the chapter.

An excerpt from Acts Beyond Redemption.

The doctor entered the room quietly, noticing as he did that the lone occupant didn’t bother looking up. Her bowed head remained on her folded arms, although he was certain she was aware of his presence.
“Hello?” he said softly.
The woman raised herself into a sitting position and stretched, flexing her long arms and yawning as she did so.
“Hello, Eileen, my name is Nigel Cantrell. May I sit?”
He was ignored.
“I was hoping that you and I might talk awhile. Would that be okay?”
“Would it not be more correct to introduce yourself as Doctor Nigel Cantrell?” she asked in a warm lilting voice. “I’ve read much of your work, Doctor. I found it, shall we say, inspiring.”
She stood, a tall woman, confident of her beauty. She walked over to him, assessing him much as you would an insect under a microscope, she sniffed at him, leaning into his space; she was a predator, scenting its prey.
The woman circled him twice, moving closer, slowly closer. Then, with a well-manicured fingernail, she reached out and gently traced the jagged scar on his face, making deep moaning sounds as she did.
Giving a throaty laugh, she moved back, just a little.
The hairs on his neck stood on end, and he felt a cold, gut-wrenching recognition of something inhuman and unholy. He chose to disregard her presence; if he were correct, she would react to that.
He focused instead on the nagging thought he was missing something vital on that list. Sitting, without her consent, and ignoring her presence, he focused on his notes.
In spite of herself, she appeared intrigued. She perched on the table next to where he sat, crossed her long slim legs, and leant forward to read what he wrote.
Abruptly he looked up, and said, “Yes! Yes, of course!”
He felt, rather than saw, her body tremble. His brain recognized it - not as fear as one might expect - but as excitement.
Finally, he looked up at her, noting her dilated pupils. “Sheila?” he asked. “It is Sheila, isn’t it? There will be no more bodies. Will there, Sheila?” He repeated the name, allowing his voice to raise a fraction “Sheila?”
“Oh, what a clever little man.” The woman clapped her hands together slowly, mocking him. “Clever, clever, little man!”
The doctor did not react. He stood, carefully avoiding eye contact, crossed to the door and left the room.
***
“What the hell are you doing, Cantrell?” stormed Mike Matheson as the doctor re-entered.
Cantrell was too preoccupied to respond; instead, he hurried over to the list of names.
He wrote on the board in large letters. A, E, H, I, L, M, N, O, P, S, W.
“Sheila didn’t slip up, gentleman. That’s her correct name, by the way. Sheila allowed you to catch her.”
“What? Why in the name of God would she do that? We hadn’t even come close to finding our killer. She’s much too clever! She made a mistake, pure and simple,” Mike stated in a voice reserved thus far for errant underlings.
“No, Mike. She made no mistakes. She decided the when, the where, and the how; then, well, then, she sat back and waited for your people to arrive.”
“What are you talking about, man?”
Doctor Nigel Cantrell tapped the letters with his pen …A, E, H, I, L, M, N, P, O, S, W.
“Remove P and M for the Paul and Martin she mentioned earlier in her ‘tirade’, and rearrange the letters just so, and what are we left with? Ah, yes, I thought as much.”
A, E, H, I, L, N, O, S, W.
“She had finished, gentleman,” he said firmly. “All she wanted then was for everyone to acknowledge how brilliant she is.” He stood back to allow the startled agents to see what was written there.
SHEILA WON.
###

I’m mean aren’t I? But anything more would be a spoiler.
Isn’t Sheila just delightful?
I had so much fun creating my monster.
I look forward to catching up with you again on the tour. I'll be sharing much more with you about the book and the folks that hide between the covers. Thanks so much for stopping by. And a huge thank you to my wonderful host. 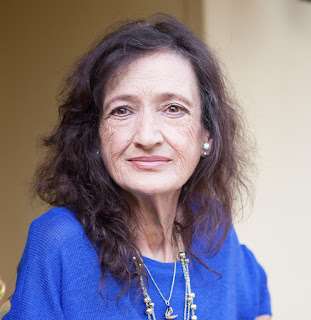 She is a mother and grandmother, now in her sixties, and considers every moment of every day as a precious treasure to be valued and explored, and not simply endured.

Her non-fiction works are written under the pen-name of Stacey Danson. They are both challenging and thought provoking works covering the earliest years of her life, the topic of child abuse and the PTSD that accompanied her into her later years  are not, by virtue of their subject matter an easy or comfortable read, yet so many have read them. She will be forever grateful that her readers have assisted in raising the awareness into this painful and enduring evil. An awareness that is vital in any efforts to stem this tide of inhuman acts perpetrated on the most innocent of us all … the children.

She escapes into the world of fiction in her thriller and suspense novels, continually exploring other genres such as paranormal and dystopian, and always delighting in the magical escapism offered in the written word.

She is an avid reader and reviewer who enjoys sharing the works she explores.