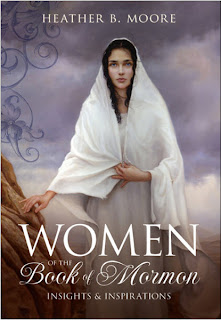 WOMEN of the BOOK OF MORMON
by Heather B. Moore


Only a few woman are named in the Book of Mormon. A few more are noted in regard to their husbands, sons and lovers. Despite their anonymity, no one can deny that the powerful men of the the Book of Mormon had equally noble women by their sides, comforting them, bearing and raising their children, and waiting for their return from war. What lessons do their lives hold for us in our day?

Heather B. Moore is a prolific author of scripture-based historical fiction, but her newest book, "Women of the Book of Mormon," is a scholarly piece packed with splendid research and astute analysis on these oft-forgotten scriptural women.

I consider myself fairly well-versed in the scriptures, but Heather B. Moore has again done what she does so well--humanizing her subjects with cultural and historical details that illuminate their lives, making them real to us in ways this reader never before considered. Moore draws from the research of anthropological and scriptural scholars to recreate the locations and times in which these women lived. We weigh their sacrifices and feel the burden of their struggles, while the power of their influence for good or evil is also powerfully felt. 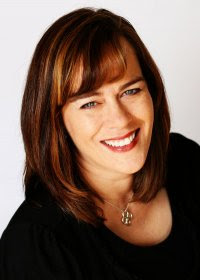 For example, Moore's depiction of the privileged life a wealthy matron in Jerusalem helps us empathize with the changes that likely occurred in the women's lives of Lehi's and Ishmael's households once they headed into the wilderness. Their lives of luxury were over, their beautiful clothing, jewels and household goods were now gone. I understood this, but Moore goes on to explain that without the benefit of servants, the responsibility for cooking, cleaning and serving the men fell to these once-privileged wives and daughters. The nomadic lifestyle required their pampered hands to set up camp, raise tents, toil, spin and weave. According to tradition, the women would have walked the long distances from site to site while the men rode. I saw brave, noble Sariah through new eyes.

The chapter describing the wife of Mormon also moved me deeply. Moore reminds us that Mormon's wife was alone most of her married life, raising at least one noble son while her husband led a fallen, depraved people in battle. I had just finished reading Moroni nine when I reached this chapter, recalling Mormon's horrific details of depravity and torture, and then Moore connected the dots, reminding readers that these were the times and circumstances under which this hero's wife likely lived and died. The heroism and courage of this this unnamed woman leaped off the page at me.

Moore also notes that one fallen women has the distinction of being named in the Book 0f Mormon--the harlot Isabel. Moore again pulls in fascinating research to explain why this woman's actions likely warranted her name being held in remembrance.

"Women of the Book of Mormon" is filled with wonderful insights that make these women and their stories come alive. These were women who understood sacrifice and who had their eyes fixed on eternity. As I read each chapter my mind kept drifting to Relief Society General President Sister Julie Beck's recent conference talk about the need for women in the Church to "live so that we qualify for, receive, and know how to follow the Spirit." Heather B. Moore's book is filled with such women . . . strong, tender, remarkable, and under-considered women.

"Women of the Book of Mormon" is a treasure to add to any family's library. Though the research is solid, Heather B. Moore wrote the vignettes simply, making this book a comfortable, easy read that will satisfy young readers as well as Gospel Doctrine students.

You will learn, and readers will never again gloss over the contributions of these great women. But more than that, careful consideration of this volume could improve one's overall scripture study habits, reminding us to pause as we read, to draw lessons from each character's life and circumstances. This is a book I'll refer to often. Bravo, Heather B. Moore!

"Women of the Book of Mormon" is available wherever LDS books are sold.
Posted by Laurie LC Lewis at 11:19 AM