THE PRODIGAL SON
by
Alison Palmer

First-time novelist Alison Palmer takes a nightmare of a premise and examines it with agonizing honesty in The Prodigal Son. This novel digs deep on every level, holding up a mirror for her readers who will likely see a fragment of themselves in every, suffering, complex character.

Imagine every parents' greatest fear--that in a moment of lapsed vigilance your child is kidnapped. Now compound that guilt by having this sorrow hit you on your worst day, the day life overwhelms you to the point you actually regret, just for a moment, being a parent at all. This is Sarah Wells' horror. For fifteen years, she and her husband soldier on in their marriage.

As hope dims on Adam's return, they carry on with their lives, raising their oldest son Michael, attending church and being good neighbors, but all the while, the underlying pain festers. And then one day, their missing child returns to their lives--broken, angry and unlovable--in the care of the person who stole him away, and every scabbed-over wound bleeds anew. All the old excruciating emotions return as well--guilt, sorrow, hope, anger, love.

Their faith in the Gospel of Christ injects additional questions that give the reader pause as well--"Are there some offenses for which we are not required to forgive?" And "Why isn't the peace of the Atonement working for me?" As time passes, Sarah realizes she is not alone in her wrestle. The impact of the Adam's loss had deeply impacted her husband, Jordan, and Michael as well. 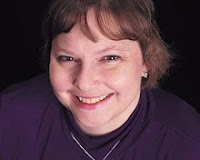 Though The Prodigal Son is Ms. Palmer's first novel, it is by no means her first book. Palmer has five previous non-fiction books on raising and teaching children to her credit. She is also a nurse who has written extensively on a wide variety of medical topics. She pulls from both these worlds--child development and health--adding realism and believability to this book. She does not patronize, and you'll thank her for dragging you through the hard stuff, because The Prodigal Son will make you think, and feel, and be grateful.

Despite its painful honesty, this book is filled with hope. I couldn't put it down, and the lessons stay with you. One that hit me powerfully involves a moment of anger when Sarah blames the kidnapper for leaving her beautiful Adam broken and damaged. A friend points out a startling possibility--that perhaps that's who he would have been regardless of who had raised him, reminding us that being the best, most prepared and stable family we can be is no guarantee we won't suffer over rebellious children. And then the book illustrates, in painful detail, how a family in such distress, can use faith in Christ's Atonement to move forward.

The bulk of the book deals with the family repercussions created by Adam's return. The themes are broad enough to transcend this specific storyline. Most readers will easily identify with Jordan Wells' worries of spiritual inadequacy, Sarah's hunger to bore into her child's closed heart, perfect son Michael's frustration over the upheaval Adam's reappearance brings to his own world.

After careful consideration, Alison Palmer chose to follow a growing trend and self-publish The Prodigal Son. The formatting and layout are not standard, and that is distracting, but don't let these issues deter you from a spectacular read. My hope is that some savvy publisher will snap this book up and give it the attention it deserves. In the meantime, snap this one up. It's available at Amazon in paperback or Kindle format.
Posted by Laurie LC Lewis at 8:23 AM