Welcome to the Vocal Crush Blog Tour! Now for the fun! 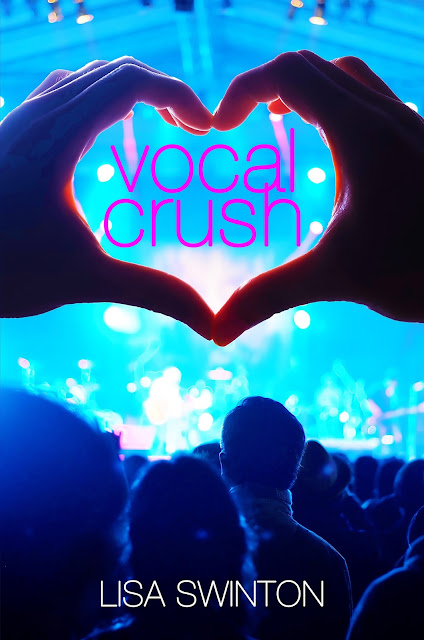 Can you ever out run a broken heart?

Lexi Court spent seven years traveling the world, living the nomadic Broadway life, in an attempt to outrun the broken heart Nick Rivers gave her. Now, there’s nowhere left to go.
When she accepted a position as a high school drama teacher in Las Vegas, Lexi hoped to get over Nick, find a nice guy, and settle down. But what should be a quiet summer gets turned upside down when Lexi's best friend, Taffy, drafts her to be an emergency replacement coach on a televised vocal competition.

Feeling out of her league among the other three celebrity coaches, Lexi fights for the most promising contestants to be on her team. One note from a single voice shatters her summer. Nick unexpectedly auditions and joins Lexi's team. With her vocal crush on him raging as strong as ever, she has nowhere to run from Nick’s dreamy looks or siren voice.

Lexi has no doubt that Nick can win the competition. The question is does he want to win her heart as well or will he damage it beyond repair? CLICK to Purchase.

GET IT ON AMAZON!