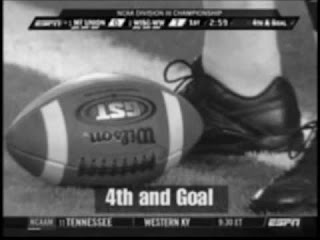 "OH SAY CAN YOU SEE?" has turned out to be the most difficult project of my Free Men and Dreamers series. I thought it would be the easiest because I've had all the major plot points in my head forever, but stuff happened. . . mostly great, happy stuff . . . but stuff that delayed me from typing, "THE END."

This season in my life became hectic: unexpected but exciting company arrived, new details about Francis Scott Key emerged that led to more research, and someone whose opinion I trust, begged me not to take the story where I had always intended. So it's considerably different, but a decidedly better story now.

I'm sending chapters out to beta-readers to check for errors and to guage reader-interest, and the feedback makes my arms tingle. I think this book will forever change the way readers feel when they hear the National Anthem.

All in all, I'm nearing the end of this project--at least the writing of it. I'm at the goal line and its the fourth down of the fourth quarter with seconds to spare. This is do-or-die week, because it simply has to be, because as most authors will tell you, you surrender your life to such a project, and I need to "be done."

At the end you tweak and tweak, saying the same things a thousand different ways. Most are no better than another--merely different--but you can't decide which way to go. You drive yourself to distraction worrying over a word a reader will pass by in a nano-second without a second thought. That's when you know you must simply walk away and call it "done." This past weekend really proved that.

I also need to "come home." Not just exist here in space and time, but be here. . . all of me . . . my mind, my emotions. . . without my mind drifting from my current phone conversation to wonder whether I should have Hannah's hair tumbling down her back or flailing loosely behind her as she runs away. . . (ah ah ah!) I've been doing the bare essentials to maintain life this summer--keeping the socks and whites washed, but anything else in the wardrobe has been hit-or-miss. I've pulled some interesting ensembles together for church. . .

I've grocery shopped for produce, but this weekend my poor husband tried to pour milk over his Rice Krispies and it flopped out in chunks. He gagged, visibly and audibly. A few minutes later, he looked at me and said, "You think you'll be finished with the book this week?" Now, lest you think my sweet husband to be a cad for not picking up the milk himself, understand that he frequently travels for his work, and over the thirty-four years of our marriage, we have established an agreement that he could come home from a hard week's travel with the understanding that I had made sure the milk would pour and not PLOP from the jug. That's a hard expectation to break.

Our yard looks terrible, (but most everyone's does this dry, hot summer), and my house looks a little more "creatively-mussed than I care to see it. I also packed on fifteen pounds during this project. (I'm a nibbler when I write, and I've nibbled far too much and exercised far too little.) All these are reasons enough to long for "the end."

This is why authors' attachment to their books is almost maternal--we surrender ourselves to them, and then we have to let them go. This week I'll finish the writing of "OH SAY CAN YOU SEE?" and then I'll play a while while the rest of the beta-readers' input comes in. And then I'll send my baby off to the publisher. We'll edit for a few weeks, and we'll get our cover, and then it will be time for this child meet the world.

For some readers, book four will end Free Men and Dreamers. It will see the conclusion of the war and tie up all the loose ends. For those who want to venture into the next generation, there will be a final volume that explores how these events affect Jed and Hannah's children, but I digress. . .

I've got lots to fill the time. Besides promo work, there are grandbabies I want to rock and birthdays to celebrate, lunches with friends and quiet hours so I can ponder the scriptures without hearing the clock tick. And in between, I'll be working on book five.

Next week, we'll start introducing some characters from the book. There'll be contests and giveaways, lots of sharing of ideas too. A good book should make us think about our own lives and choices, don't you agree?

I'll buy a gallon of milk today, and pound away. It will be a little sad to see it end. But a good book never actually does, does it? And hopefully that's how readers will feel about "OH SAY CAN YOU SEE?"
Posted by Laurie LC Lewis at 8:09 AM