People often ask, “How did you become a writer?” The answers writers give are as diverse as the writers themselves, but a more important question might be, “How did you almost NOT become a writer?” Those answers are more telling, because they frequently illustrate the power of a negative comment to crush budding dreams, preventing an aspiring writer from nurturing their interest into what could prove to be a great talent. How many Emersons’ work never left the notebook for want of a nudge from a supportive mentor, teacher or parent? It’s worrisome.

Author Joan Sowards has such a story to tell, and we’re grateful a second opportunity came along to inspire her to pursue her craft. Parents, take note. These early projects are important.

In 5th grade, I started writing a Nancy Drew wannabe novel. I had no plot planned, only characters, but I knew there should be a lot of weird happenings, ticking clocks, and hidden passageways. It came to a point when I knew the story was going nowhere. One day at school, I told the substitute teacher about my book. She must have had a vendetta against authors for she made some derogatory remarks aimed at them. I didn’t keep that story, but I wish I had so that today I’d have a sample of my first work.

I’ve written songs and lyrics all my life and thought my talents were limited to singing and composing. Since the Nancy Drew incident, I hadn’t tried writing fiction again except that I made up stories on demand for my children. After my last child was born, I was very involved in family history research. I found a name of a woman whom I thought might be by ancestor, but couldn’t prove it. I continually felt prompted to sit down and write how an interview with her would go. When I finally gave in and started, the woman’s reaction surprised me. I kept writing until the story grew into a novel.That experience opened up a whole new world. I learned I loved developing plots, characters, subplots, and everything about the craft of writing novels. I don’t have an agenda in my themes, just the desire to tell a story, something that might be pure enjoyment for readers. 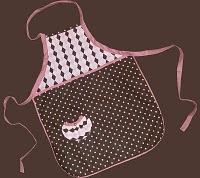 Haven.” Even though Joan’s titles straddle different genres, romance appears to be Joan’s first passion and her literary forte. When asked, “What inspired you to write romance? Joan’s response was, “I think every story needs romance, if not just a touch of it.”

Reviews of Chocolate Roses have been glowing, proof that readers are looking for more than a sizzling love story. Many want a positive, uplifting romance that touches their spirits as well as their hearts.

From the back cover. You’ve got to love the premise:

Janie Rose Whitaker's world revolved around her chocolate shop until Roger Wentworth and his young daughter moved into the apartment across from Janie's. Anyone would think Roger fit the mold of the "perfect" guy, but soon Janie discovers secrets that could keep them apart forever. Though she resists getting involved in Roger's complicated life, they are drawn further into a bittersweet relationship.

Chocolate Roses hits high marks for being a well-rounded tale with laughter and drama, carefully blended in a style some are calling “similar in style to Jane Austin’s Jane Eyre.”

We’re ever so grateful Joan pursued her dreams. Her publisher is Walnut Springs Publishing, and her books are available on Amazon, at Deseret Books and at your local LDS bookstore.

Joan and Walnut Springs are giving away two copies of Joan’s book and a darling apron as part of the promotional tour. To enter, simply leave a comment below (along with your email address if it isn't on your blog profile) and answer the following question.

What's your favorite type of chocolate: white, dark, or milk?

Click here to see all the dates and locations for Chocolate Roses' book blog tour.

The contest ends midnight MST on August 8 so hurry to be eligible.
Posted by Laurie LC Lewis at 6:00 PM