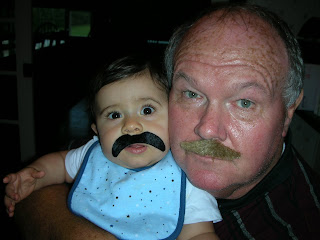 Valentine's Day fell on a Fast Sunday in our neck of the woods due to the snow-cancellation of church and Stake Conference in previous weeks. Fast Sunday means no luscious, romantic breakfasts; and any Sunday means Tom is out the door for early meetings. I dashed out of the house and forget to stick the chicken in the oven, so dinner ended up being very, very, late and the day was not a restful one. I think my daughter and I mentioned that several times during supper. Evidently, my hubby picked up on my disappointment, which he amended in the sweetest of ways the next morning.

Since we each have home offices except when we travel, the TV usually pops on early in the a.m. I opt for the news if I'm the first one up. Tom has an entire selection of action-adventure and cowboy shows on the DVR from which he chooses his morning pick-me-up. But on Monday, February 15th, an amazing thing happened.

I had set the DVR to record some shows on Masterpiece Theater. The title caught Tom's eye. "What's this?"

"It's a movie based on a Jane Austin novel--Northanger Abbey--with British accents."

His brow furrowed as I expected it would. (Anything with accents throws his already weak hearing into a tizzy.) But he didn't flip the channel as I also would have expected.

We watched for about fifteen minutes until both male leads appeared in a scene together. "So which one is the good guy?" he asked. I could see that he was using his familiar cowboy or 007 skill set to understand this film--as soon as he was able to identify the bad guy from the good guy, he was invested.

We had to stop a few times so I could interpret the accents and the Victorian-era dialogue. Having spent five years writing in this very period, I soak it up like honey, but poor Tom was losing patience, so I quickly translated and we moved on.

In the end, he actually enjoyed it, and I was delighted by his attentive efforts to share something I love so much.

And get this. My birthday's this weekend, and he's whisking me away, just the two of us! See, he really is a Renaissance man, and things really can get better with age!
Posted by Laurie LC Lewis at 9:17 PM